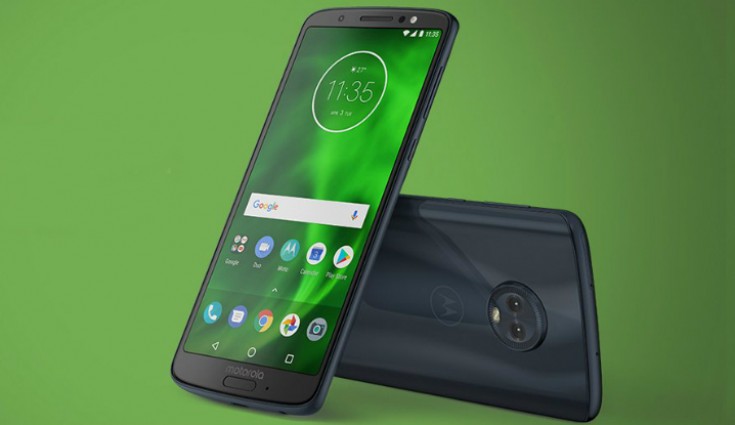 The Moto G6 and Moto G6 Play come loaded with a 5.7-inch display with 18:9 aspect ratio, which has now become a standard in almost every segment. Both the smartphones run on Android 8.0 Oreo and both of them support TurboCharge support, which is present in other Motorola smartphones.

Motorola has officially announced the launch of its latest budget-centric G6-series smartphones in India. The company has introduced Moto G6 and Moto G6 Play for the Indian market. The former comes with a price tag of Rs 13,999 and the latter is priced at Rs 11,999. The Moto G6 will be exclusively available on Amazon, while the Moto G6 Play on Flipkart along with the MotoHub.

To start with the key specifications of Moto G6, the phone features a 5.7-inch Full HD+ display with an 18:9 aspect ratio. The smartphone is powered by a 1.8 GHz octa-core Snapdragon 450 SoC with Adreno 506 GPU. This is paired with 3GB of RAM and 32GB of internal storage, which can be further expanded up to 128GB via micro SD card slot.

The Moto G6 is powered by a 3000mAh battery with TurboCharge support and there is a fingerprint sensor on the front embedded in the home button. On the connectivity front, the phone supports 4G LTE, WiFi, USB Type-C, NFC, 3.5mm earphone jack, Bluetooth 4.2, and dual-SIM. It has been launched in indigo and silver colour options. The phone measures 153.7×72.3×8.3mm.

Coming to the Moto G6 Play, it has a 5.7-inch screen but comes with HD resolution. The smartphone is powered by a 1.4GHz octa-core Snapdragon 430 processor along with Adreno 505 GPU. The phone is backed by a 3GB RAM and 32GB internal storage, which can be further expanded up to 128 GB via microSD card slot.

On the camera front, it features 13-megapixel rear camera with f/2.0 aperture with a single LED flash. For the front, there is an 8-megapixel front sensor. The smartphone is juiced up by a 4000mAh battery with TurboCharge support and runs on Android 8.0 Oreo. On the connectivity front, it supports 4G VoLTE, Wi-Fi, Bluetooth 4.2, USB Type-C, 3.5mm audio jack, and the usual sensors. The G6 Play comes in indigo and gold colours. The phone weighs 173 grams and measures 154.4×72.2×8.95mm.