InFocus Vision 3 Pro Review: Is it worth buying? 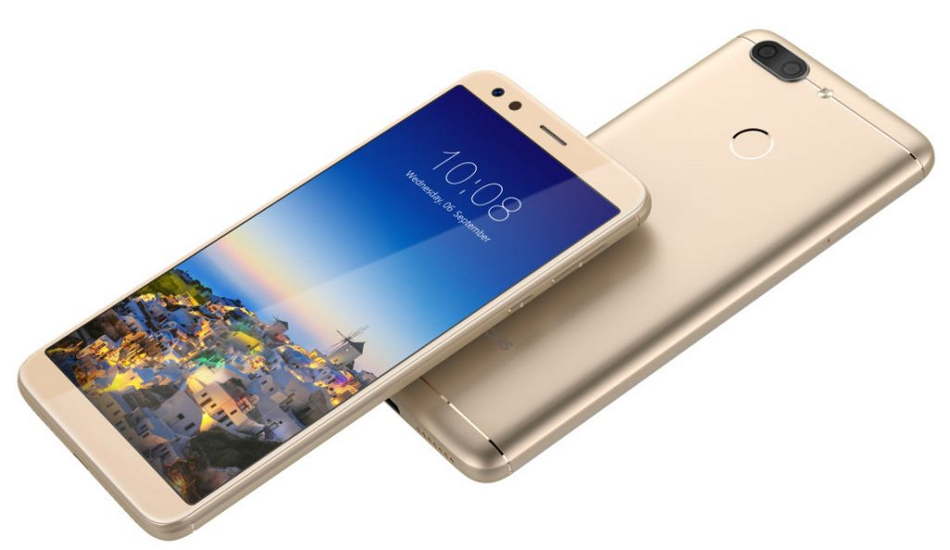 Infocus Vision 3 Pro bears a 5.7-inch HD+ on-cell 2.5D curved tempered glass display with a screen resolution of 1440 x 720 pixels. The display supports an aspect ratio of 18:9. The device is powered by a 1.50GHz MediaTek MT6750 octa-core processor. The phone is backed by a 4GB of RAM and 64GB of internal storage, which can be further expanded to 128GB using the micro SD card.

InFocus had recently launched its Vision 3 Pro smartphone in India at a price tag of Rs 10,999. An upgrade to Vision 3 (Review)which was launched last year. It is exclusively available on Amazon India and will rival against the Asus Zenfone Max Pro M1 (Review), which is also selling for Rs 10,999.

The InFocus Vision 3 Pro has a design which is similar to what is seen in other smartphones in the price bracket of Rs 8,000 to Rs 12,000. It comes with a metallic back and round-edged plastic caps at the top and bottom. The brand has added some weight to the Vision 3 Pro, compared with the predecessor, which makes it comfortable to hold. Further, if you would like to know more about the look and feel of the device read ourFirst Impressionof InFocus Vision 3 Pro where we have covered this topic in detail. 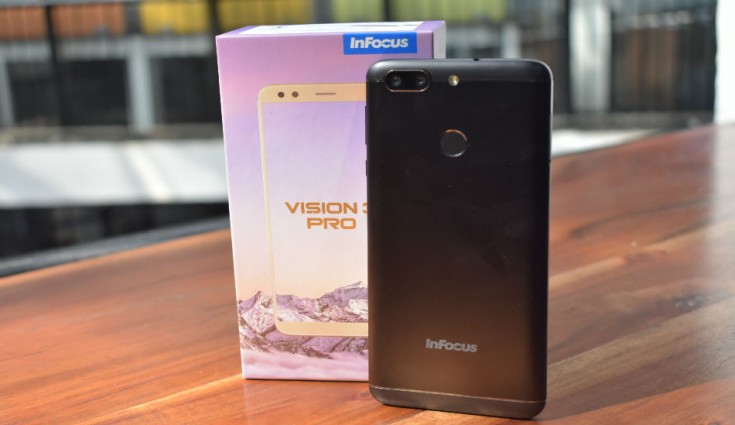 The InFocus Vision 3 Pro (Picture Gallery) features a 5.7-inch HD+, 18:9 aspect ratio display with a resolution of 1440 x 720 pixels. During our usage, the screen delivered sharp and bright colour outputs. However, while viewing the screen from an angle, we did notice a mix of blue and yellow tint. Also, in bring sunlight viewability takes a hit.

During our review period, the Vision 3 Pro was fluently able to manage most of the daily tasks, including switching between apps and multitasking. However, our gaming experience on the smartphone was below average. Most of the casual games like Candy Crush and ludo were running finebut high-end games such as the Gameloft’s Asphalt 8: Airborne or PUBG Mobile were showing signs of lag, frame drops and noticeable heating issues. 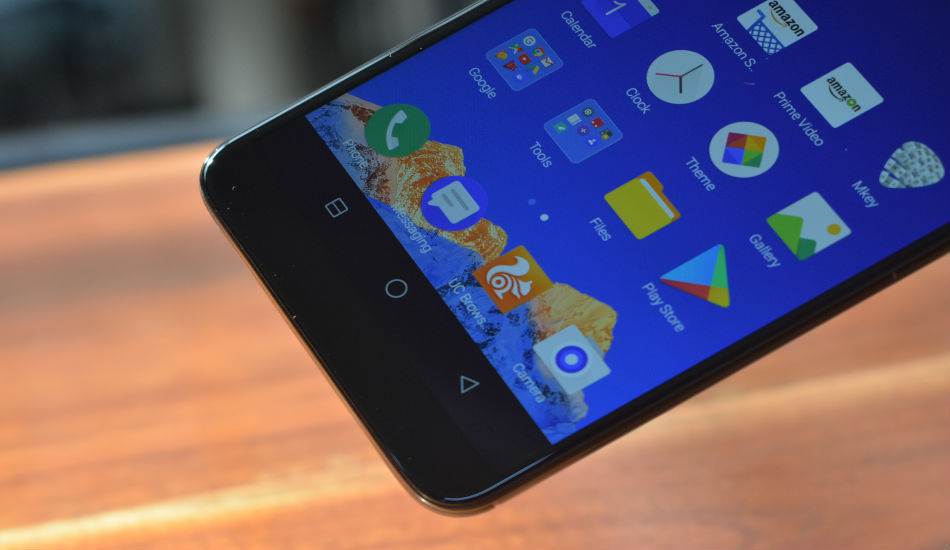 Now if we talk about software part, the device runs on the previous generation Android 7.0 Nougat operating system with the InFocus’s custom UI, Smile UX, on top of it. Similar to the Xiaomi Redmi 5 (Review), the interface does not feature app drawer but is resembles stock Android user interface. Concerning bloatware applications, the device surely gets few apps like UC news, UC Browser, Freeshare, Mkey, Amazon Shopping and Amazon Prime Videos.

The camera performance of the Vision 3 Pro is just average. During our review period, the pictures captured in outdoor natural condition as well as indoors were washed out with noticeable noise. Although the smartphone was able to focus pretty fast, still comparing to the Asus Zenfone Max Pro (M1) the detailing in the photos was off in few cases. The low light performance was just decent. However, if LED flash supports is taken while clicking picturesthey look better. The camera UI is pretty basic and you will find all the prominent settings. 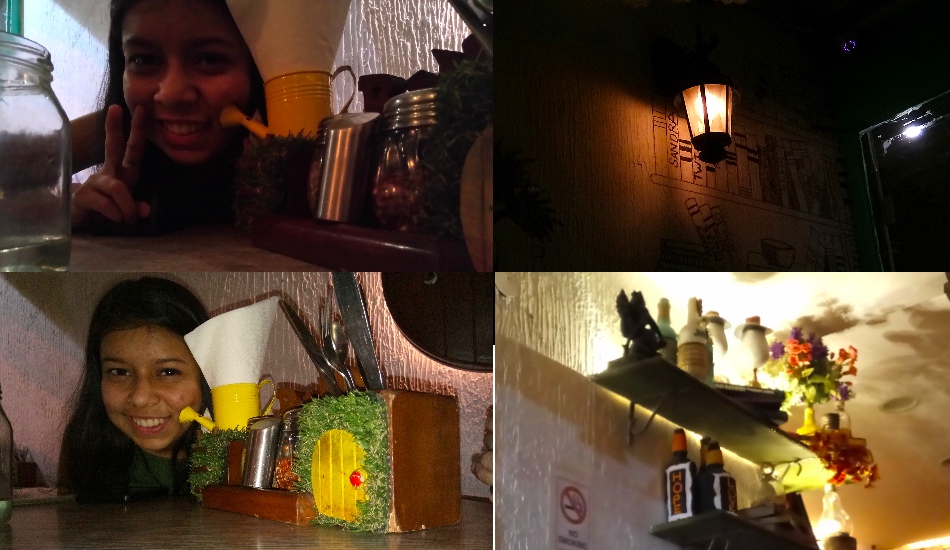 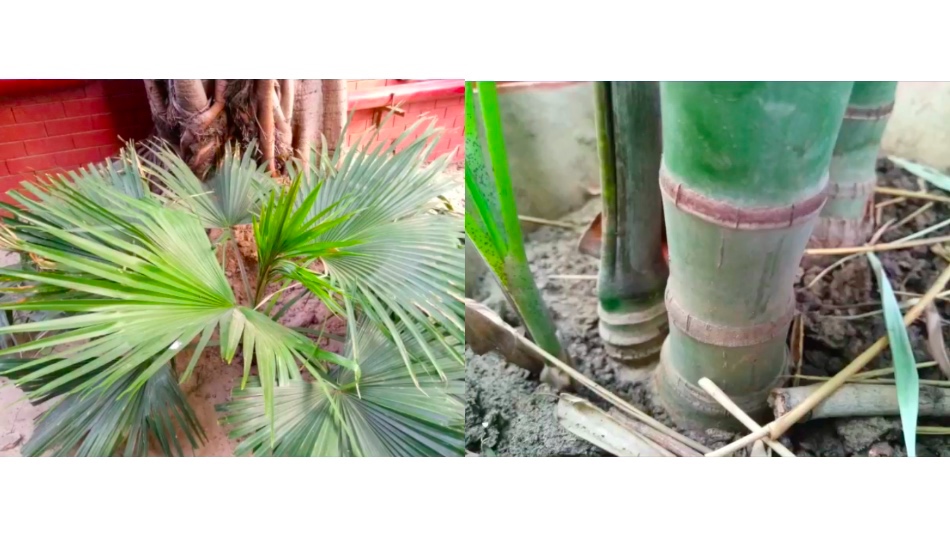 With the battery capacity of 4,000 mAh, the device refuses to die even with regular usage and video playback. In our experience, we were getting an average of 1.5 days of battery backup. The smartphone takes nearly 2 hours to charge from 0 to 100 percent.

InFocus Vision 3 Pro has an impressive battery life and a decent display. However, due to its previous generation operating system (Android 7.0 Nougat), camera experience and lack of performance, the InFocus doesn't bring anything new to the table. The other players like Asus ( Zenfone Max Pro M1) and Xiaomi (Redmi 5, 4GB RAM) are already offering a better deal in this price category.