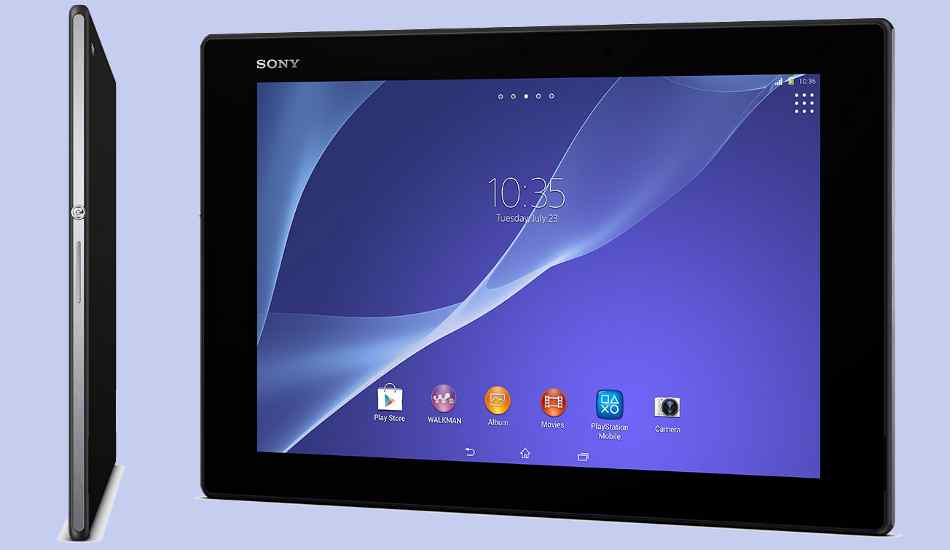 Battle of the flagship devices continues to find their place in the top five best overall experience delivering smartphones.

Buying the best smartphone is not an easy task. Variety of smartphones are offered in the market and each of them offers several features that are in a way unique from others. However, it takes more than couple of months to shake these top devices from their positions.

LG G3 with the Quad HD display is set to launch in India by next week. Meanwhile, there are five different devices which offer top performance in their own way and pack a great hardware.

The Xperia Z2 is powered with the quad-core 2.3 GHz Qualcomm Snapdragon 801 MSM9874AB processor and the Adreno 330 GPU. The Xperia Z2 offers 3 GB RAM for best possible experience on the device running Google Android 4.4.2 KitKat with Sony Mobile’s customisations on top of it. 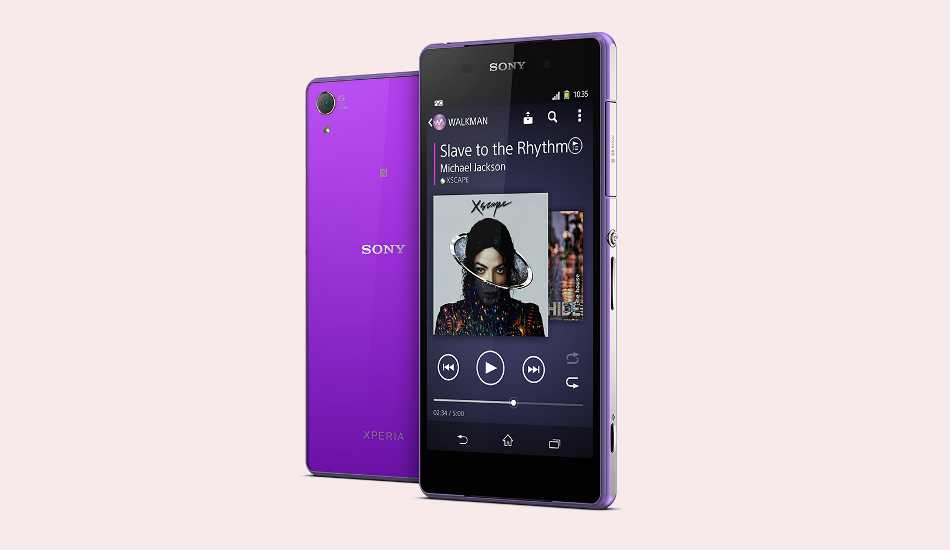 The Xperia Z2 is PlayStation Certified and has a PlayStation app that gives users access to a large library of games. Sony has packed a 3200 mAh battery inside the Xperia Z2 to make it easily usable for longer time. Users can enjoy variety of multimedia files on this phone and faster mobile internet is promised through 4G LTE, 3G network along with WiFi support. 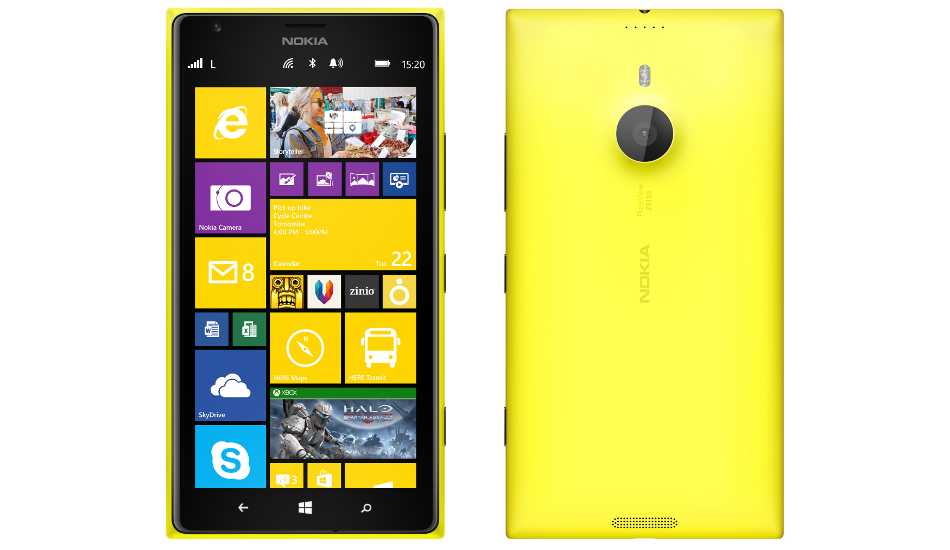 The phablet is run by a quad-core 2.2 GHz Qualcomm Snapdragon 800 mobile processor with help of Adreno 330 GPU and 2 GB RAM. The Lumia 1520 has 32 GB on-board storage and one can add up to 64 GB microSD card. Nokia has placed a 20 megapixel camera with Carl Zeiss optics and PureView imaging technology in this phone for top quality imaging. The camera can record high quality 1080p HD video with stereo sound. In the front is 1.2 megapixel front facing camera in the phablet as well for video calling. 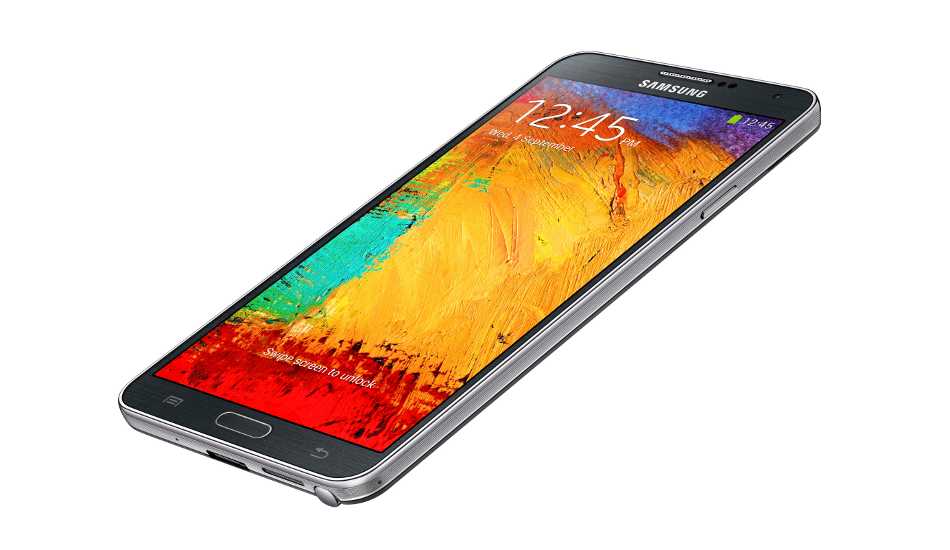 The Note 3 has S Pen functionality as well apart from WiFi (802.11 a/b/g/n/ac), Near Field Communication, Bluetooth 4.0 LE, IR LED blaster, MHL 2.0 and GPS with GLONASS support. Samsung’s Note 3 has a 13 megapixel BSI sensor based rear camera with auto focus and LED flash. Galaxy Note 3 becomes the frontier to allow recording Ultra HD quality video in 3840×2160 pixel resolution at 30 frames per second. Also, the user can always go for a super fluid 1080p HD video at 60 frames per second. The only thing this phone might take a backstep is the optical image stabilization. However, the quality of the images and the video is top class.

Apple iPhone 5s is undoubtedly one of the blind fold choices of the top premium smartphones. For reasons obvious, the design of the phone, the user experience and ease of usage has made it immensely popular even among Indian consumers. 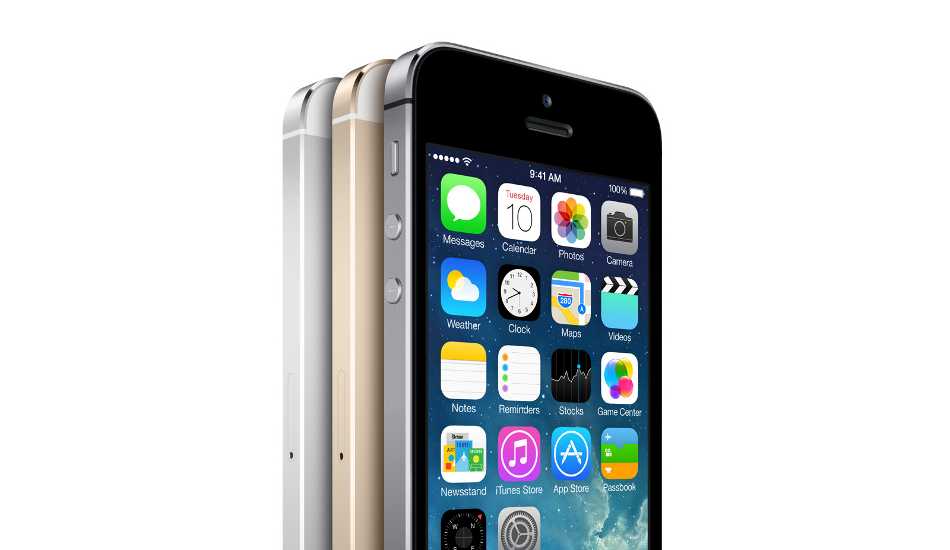 At the rear, the iPhone 5s has an 8 megapixel camera with f/2.2 aperture, five element lens and auto focus features. The camera also offers auto image stabilisation, burst mode, panorama, face detection and full HD video recording. In the front is a 1.2 megapixel iSight camera with BSI sensor and HD FaceTime capability. Running iOS 7 out of the box, the iPhone 5s is soon expected to get the iOS 8 update in coming few weeks. Apple iPhone 5S has packed 1560 mAh Li-Po battery which clearly may not be enough but people still love the overall experience of this smartphone.

HTC One M8 is the company’s flagship device packed in a brushed aluminum chassis. The One M8 offers a 5-inch display with full 1920×1080 HD resolution. Measuring 9.35mm thick, the One M8 weighs 160 grams. The One M8 houses a quad-core 2.3 GHz Qualcomm Snapdragon 801 mobile processor with Adreno 330 GPU coupled with 2 GB RAM. The One M8 offers the HTC Sense 6.0 experienced layered on top of the Android 4.4.2 KitKat. In the front it has dual stereo speakers touting the BoomSound technology. 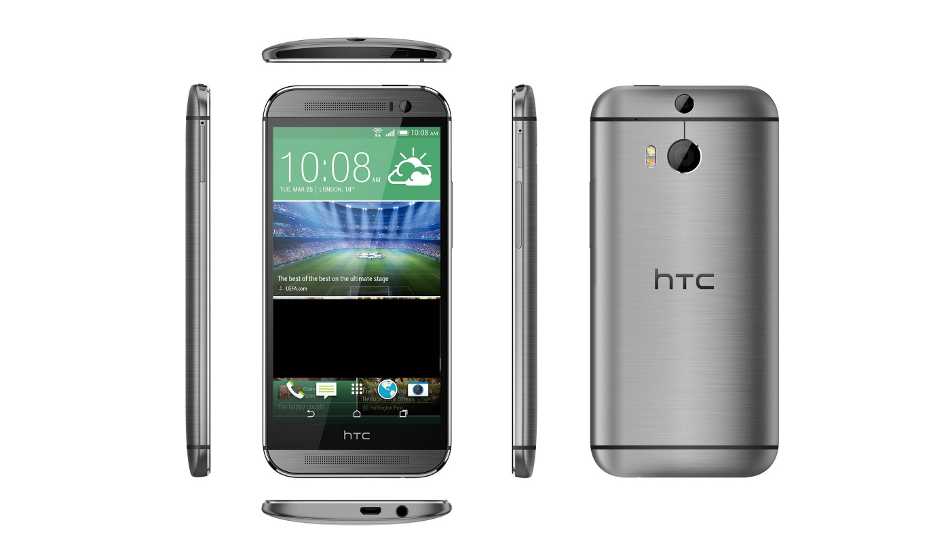 HTC One M8 comes with two 4 megapixel rear cameras touting the UltraPixel camera technology and the latest HTC ImageSense Chip. The camera offers same set of features as the HTC One yet faster capturing experience and some fancy image editing effects. There is a 3D effect mode which allows the user to tilt the captured to certain degrees as well. Of course, the high quality full HD video recording is included. It has a 5 megapixel front camera as well for taking better self portrait shots. Besides, the One M8 offers 2600 mAh Li-Po battery, NFC, Bluetooth 4.0, WiFi, and an expandable memory slot that can accommodate a micro SD card of up to 128 GB capacity.