Top 5 online deals of the week

Get some of the best tablets and smartphones at a really lucrative discount to enjoy the mobile web.

Several smartphones and tablets launched in last eight months have suffered price cuts due to competition. Another reason is that the market literally rains of several new models every month. Tablets show little or more fluctuation in price compared to the smartphones. However, here are some of the best deals on the popular devices that one always dreams of possessing.

Its iSight camera at the back has a 5 megapixel image sensor with 5-element lens and hybrid IR filter. The front facing VGA camera supports FaceTime video chat feature. The battery packed makes the tablet last for 10 hours and this WiFi only model was launched for Rs 42,500. Now the same tablet can be purchased for as low as Rs 33, 129 from Indiatimes Shopping website after applying a coupon code.

Samsung Galaxy Tab 2 has a 7-inch touchscreen display with 1024×600 pixel resolution. The tablet comes with 16 GB onboard memory but can accommodate up to 32 GB micro SD card. This dual-core 1 GHz ARM Cortex based mobile processor bearing tablet runs Android 4.0 ICS OS and has a custom TouchWiz user interface. Powerful internal hardware bearing Galaxy Tab weighs about 385 grams. At the rear lies a humble 3 megapixel camera that is capable of recording 720p HD videos while a 0.3 megapixel camera is in the front for video chatting. 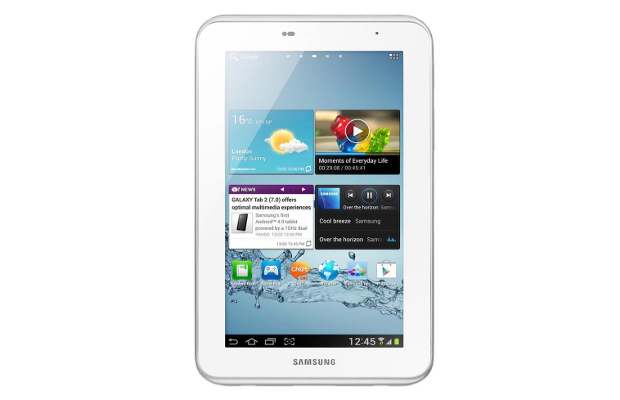 This tablet features a micro USB 2.0 port and offers wireless connectivity through WiFi, Bluetooth, and DLNA. The Galaxy Tab by default supports number of popular video formats such as DivX as well as Xvid. This tablet packs a 4000 mAh battery for longer run time. Samsung Galaxy Tab 2 7.0 tablet can be purchased from HomeShop18 website after applying the discount code. 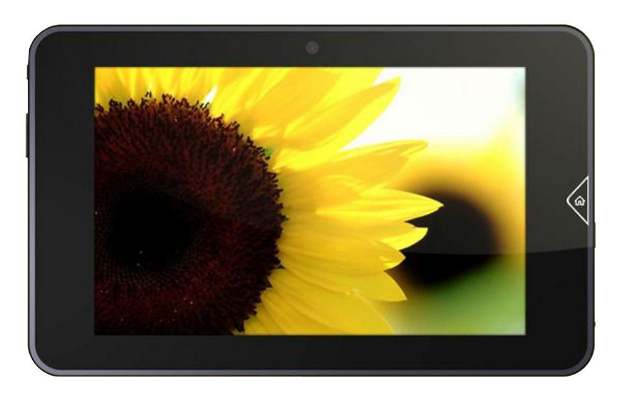 The Auxus CoreX2 tablet houses a dual-core 1.6 GHz ARM Cortex A9 based mobile processor, Mali 400 graphics chip and 1 GB DDR 3 RAM. The tablet has 8 GB on-board storage and capable of holding up to 64 GB microSD card in the slot.

The BlackBerry Z10 comes packed with a dual-core 1.5 GHz Qualcomm Snapdragon mobile processor and 2 GB RAM. It features a 4.2-inch touchscreen display with 1280×768 and features gesture support. By default, it packs 16 GB on-board storage and memory slot can hold up to 64 GB micro SD card. At the rear lies the 8 megapixel camera with LED flash and there is a 2 megapixel camera in the front. 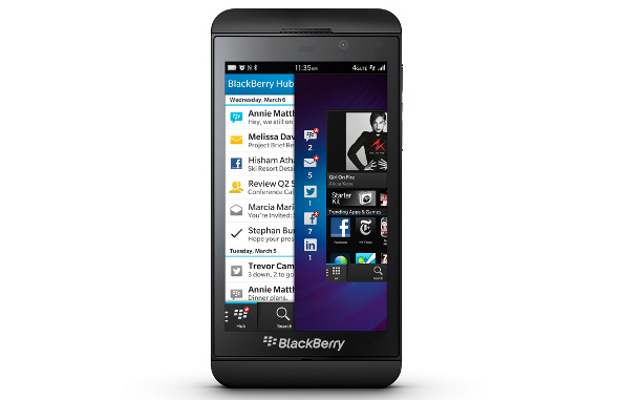 Its 1800 mAh battery offers about 10 hours of battery life while the new BlackBerry 10 OS brings a totally new user experience and gestures to navigate through the system. Though was launched at an exorbitant price, the BlackBerry Z10 can now be purchased for as low as Rs 32,999 from Tradus website.

Samsung’s Galaxy Note II is the second-generation phablet (Phone-tablet hybrid) and was launched last year. It has a gorgeous 5.5-inch Super AMOLED display, this phablet supports 1280×720 pixel resolution natively. Samsung has packed a quad-core 1.6 GHz Exynos 4412 quad mobile chipset on it with 2 GB RAM. With powerful Mali-400MP graphics chip, this smartphone has recently got the Android 4.1.2 Jelly Bean update.

The large screen estate can be used to enjoy fast mobile web with dual-band WiFi network or 3G networks. This phablet has an 8 megapixel camera at the back to record full 1080p HD quality videos while a 1.9 megapixel camera in the front can be used for video chats. The Note II supports variety of the audio and video formats. The beastly part of this device is the 3100 mAh battery that keeps it going even when you use the GPS chip with A-GPS and GLONASS.

Samsung launched the Galaxy Note II for Rs 39,900 last year. Now this phablet can be purchased for Rs 31, 149 if the credit card from one of these five banks are used – ICICI, Kotak, Standard Chartered and HSBC. The deal is listed at Tradus website.