The Mobile World Congress 2014 is all set to start towards the end of this month where many handset makers will announce their new products as well as concept ones. Meanwhile, many devices have been launched in India this month itself, few of them fall in the lucrative Rs 10,000 – Rs 20,000 segment. 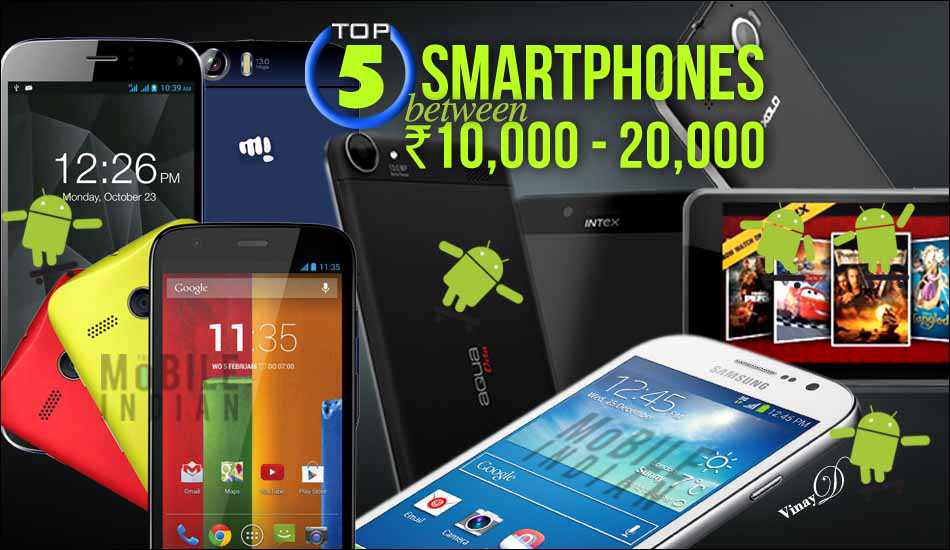 Notably among the newly launched devices include the Samsung Galaxy Grand Neo, Micromax Canvas Duet 2, Gionee Gpad G4 etc. With the launch of new devices, there are more options now in the price segment. So here is a fresh list of best five devices in the Rs 10,000 – Rs 20,000 segment.

Motorola shook the Indian mobile phone market by launching its Moto G below Rs 15,000. Its 8 GB version is priced at Rs 12,499 while the 16 GB model costs Rs 13,999. Though there are availability issues but still the Moto G remains the first recommendation if you are looking for an Android handset for less than Rs 15,000.

The Motorola Moto G comes with a 4.5-inch IPS LCD display with 1280×720 pixels resolution. The display has Corning Gorilla Glass 3 coating too that provides some protection against the normal wear and tear. Its replaceable and colourful back panels has also created a stir in the market. 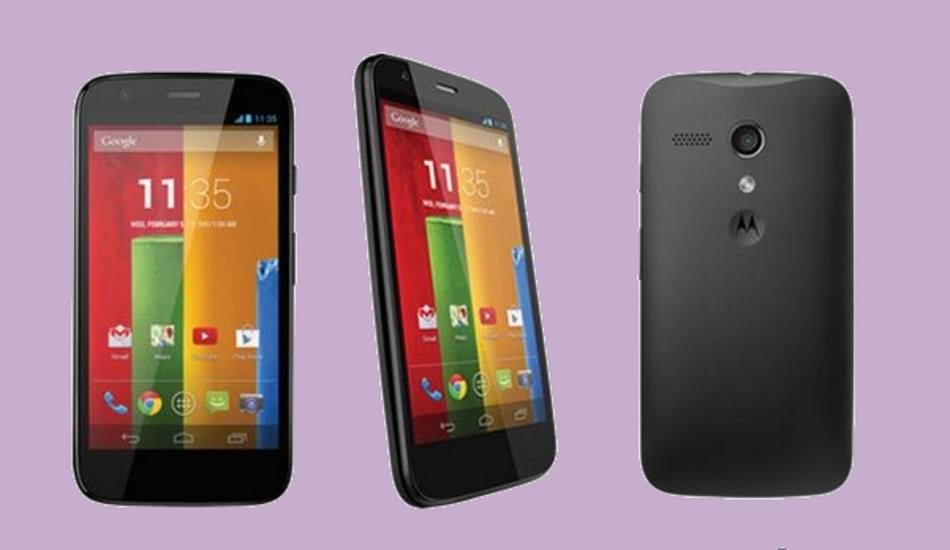 The Moto G is powered by a quad-core 1.4 GHz Qualcomm Snapdragon 400 mobile chipset, Adreno 305 GPU, and 1 GB RAM. Motorla Moto G measures 11.6 mm thick and weighs 143 grams. Note that Moto G does not have a memory card slot, so you have to carefully choose from its 8 GB and 16 GB versions. Currently, it has Android 4.3 Jelly Bean operating system but Motorola has released Android KitKat update for it just a day back.

Motorola has packed WiFi (802.11 b/g/n) in the Moto G for faster mobile web experience. Moto G supports quad-band HSPA+ network for faster mobile internet and can accommodate a micro-SIM module. Other features of Moto G include Bluetooth 4.0, USB Host, micro USB 2.0 and GPS with A-GPS and GLONASS. The smartphone has a good looking 2070 mAh non-removable battery.

With Airtel releasing 4G for mobile phones and other operators set to roll out 4G throughout the country this year, Xolo LT900 is definitely an ideal choice who want to get super-fast internet connectivity. Remember, this is the cheapest 4G smartphone as of now. Apple’s iPhone 5C and 5S too support TDD-LTE version of 4G but they cost more than three times of this Xolo smartphone.

Also, being an Android smartphone, Xolo LT900 comes with WiFi hotspot capability. So you can create a WiFi Hotspot with 4G connectivity for superfast internet experience. 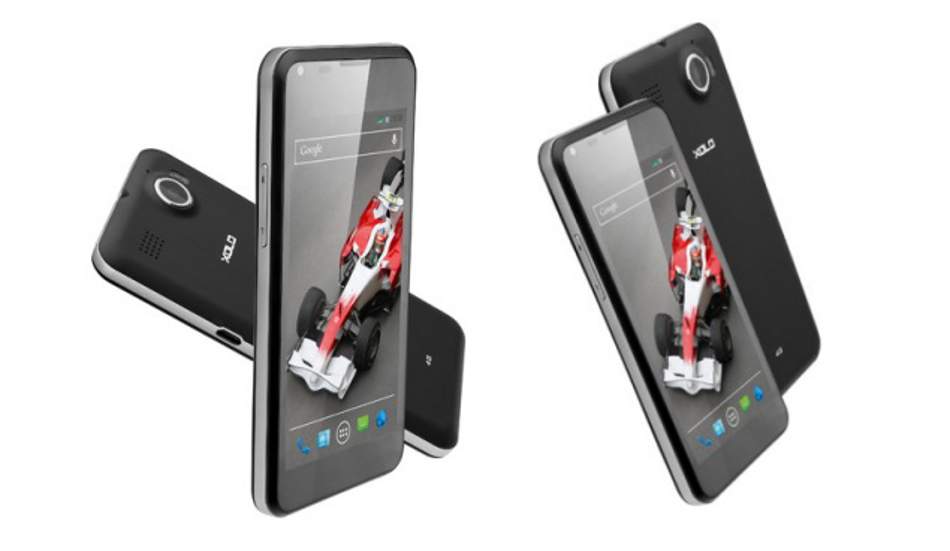 The Xolo LT900 has a decent 1810 mAh battery which promises 14 hours of talktime and 301 hours of standby on 3G network. This single SIM based smartphone also comes with WiFi, Bluetooth 4.0, and GPS.

For Samsung fans, the Galaxy Grand Neo is definitely a better choice than the older Grand Quattro or Grand 2. Also, though its 5 inch display has only 480×800 pixels resolution, it is one of the best handsets in terms of storage: it has 16 GB internal storage and an expandable storage slot that can hold up to a 64 GB micro SD card.

Besides, the Samsung Galaxy Grand Neo comes with a 1.2 GHz quad core processor and 1 GB RAM. It comes with Android 4.2 Jelly Bean operating system. The phone has a 5 megapixel auto focus camera and an LED flash at the rear while a VGA camera is in the front. The 9.6 mm thick smartphone (143.7 x 77.1 x 9.6mm) weighs 163 grams. It has a decent looking 2100 mAh battery which claims to provide 11 hours of 3G talktime. It has Accelerometer, Compass, and Proximity sensors. The Samsung Galaxy Grand Neo has WiFi with WiFi Direct, Bluetooth 4.0, Kies, and micro USB support. It has also GPS with GLONASS support for navigation. 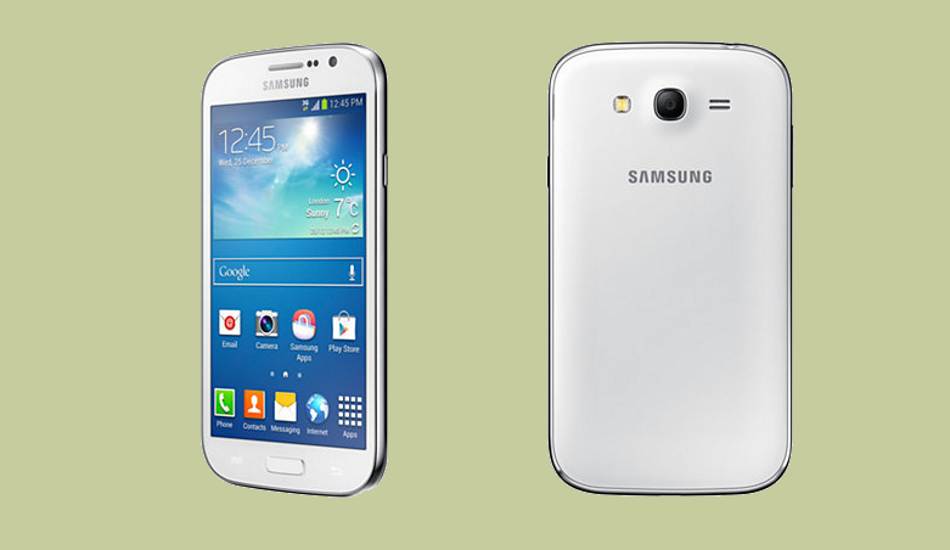 We opted this phone as it is the only octa core processor based handset in this price segment. We have also recently reviewed this handset and were pretty impressed with its performance.

The Intex Aqua Octa comes with a 6 inch display with high definition resolution. It is based on Android 4.2.2 Jelly Bean operating system, and has the 1.7 Ghz Mediatek octa core processor. The processor is assisted by Mali 450 GPU and huge 2 GB RAM. With such a combination, it can be termed as one of the most powerful handset under Rs 20,000. 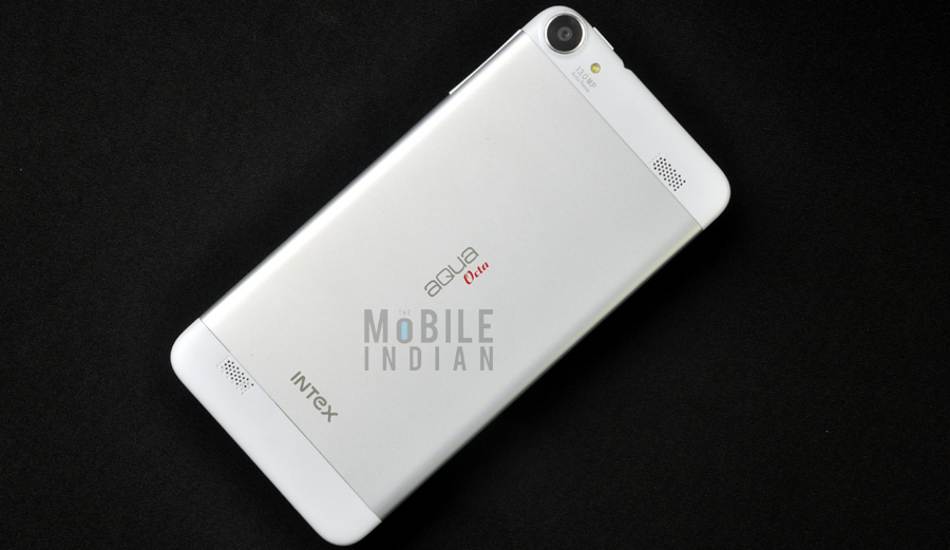 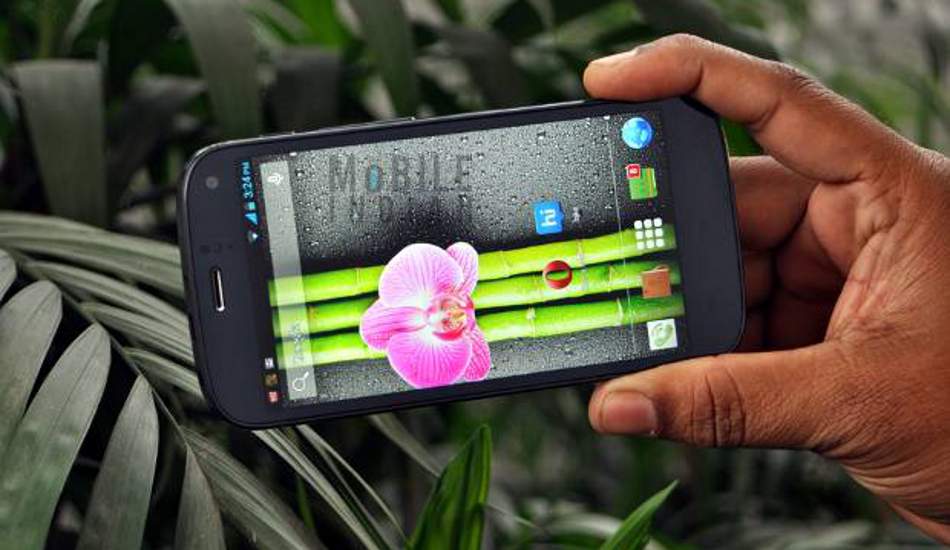