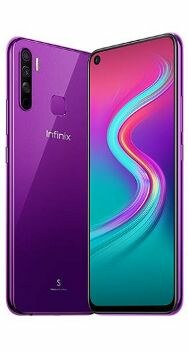 Infinix S5 Lite is loaded with a 6.6-inch HD+ Infinity-O display with a screen resolution of 1600 x 720 pixels, 20:9 aspect ratio and 90.5 per cent screen-to-body ratio. The phone is powered by an octa-core MediaTek Helio P22 chipset along with IMG GE8320 650MHz GPU. It is backed by up 4GB of RAM and up to 64GB of internal storage. The memory can be further expanded up to 128GB via microSD card slot.

On the camera front, the Infinix S5 Lite features a triple-camera setup, which comes with a combination of 16-megapixel primary lens with f/2.0 aperture, a 2-megapixel secondary sensor and QVGA camera. For the front, the smartphone will be loaded with a 16-megapixel sensor. The camera supports 4-in-1 Super Pixel technology along with 3D Face Beauty, AR Emoji, AR Stickers, Bokeh Mode, AI Scene detection, hybrid focus and more.

The phone is backed by a 4000mAh battery. It runs on Android 9.0 Pie with company’s own XOS 5.5 on top of it. On the connectivity front, it supports micro USB port, WiFi, Bluetooth, dual-SIM and 3.5mm audio jack.