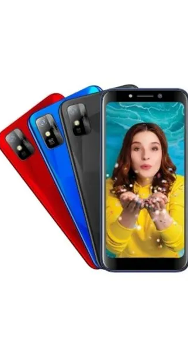 Gionee F8 Neo features a 5.4-inch HD+ LCD display with a screen resolution of 1440 x 720 pixels. It does not come with any notch or punch-hole. Under the hood, the smartphone is powered by an octa-core processor. Gionee has not revealed the chipset but a recent Google Play listing revealed that the phone will come with UNISOC SC9863A chipset.

Gionee F8 Neo comes with a 2GB of RAM and 32GB of internal storage. The memory can be further expanded up to 256GB via microSD card slot. For the cameras, the smartphone has a single 8-megapixel primary camera accompanied by an LED flash. For the front, it has a 5-megapixel selfie camera.

Further, the phone runs Android 10 operating system out of the box. It is backed by a 3,000mAh battery with support for 10W charging. The phone lacks a fingerprint sensor but comes with face unlock via the front-facing camera.