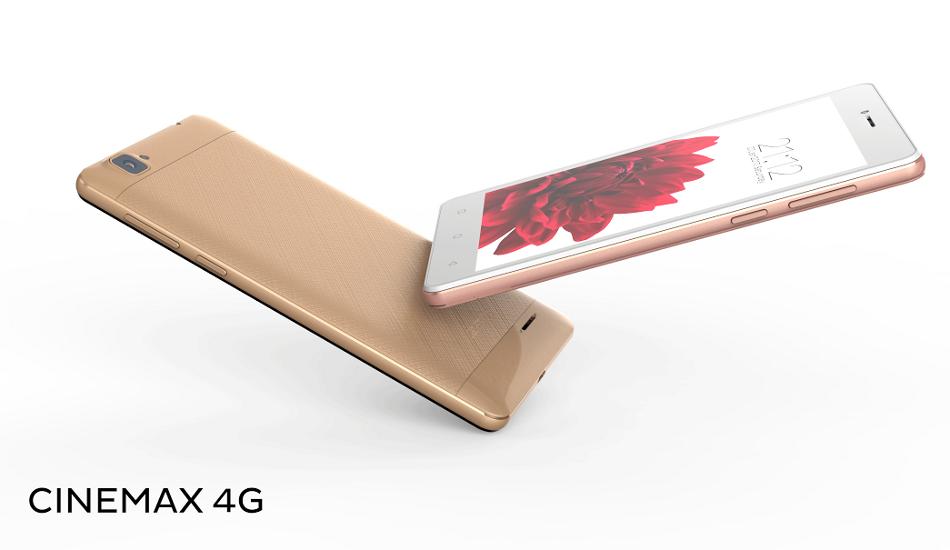 The smartphone supports Jio sim which will enable users to avail free data and voice calling under the Happy New Year offer till 31st March.

Zen Mobile has announced the launch of its new affordable VoLTE enabled smartphone, which is dubbed as Cinemax 4G. The smartphone is priced at Rs 6,390 and comes in Champaign and Rose Gold colour options. The smartphone comes bundled with JioSIM which will enable users to avail free data and voice calling under the Happy New Year offer till 31st March. Moreover, the company is also offering free protection kit and one-time screen replacement in case of any breakage during first 6 months.

The Zen Cinemax 4G comes with 5.5-inch FWVGA display with pixel density of 854×480 pixels and is powered by a quad-core processor, along with 2GB of RAM. It comes with 16GB of internal storage can be further expanded up to 32GB using microSD card. The smartphone runs on Android 6.0 Marshmallow operating system. The Cinemax 4G gets its juices from a 2900 mAh battery, which claims to offer up to 30 hours standby time.