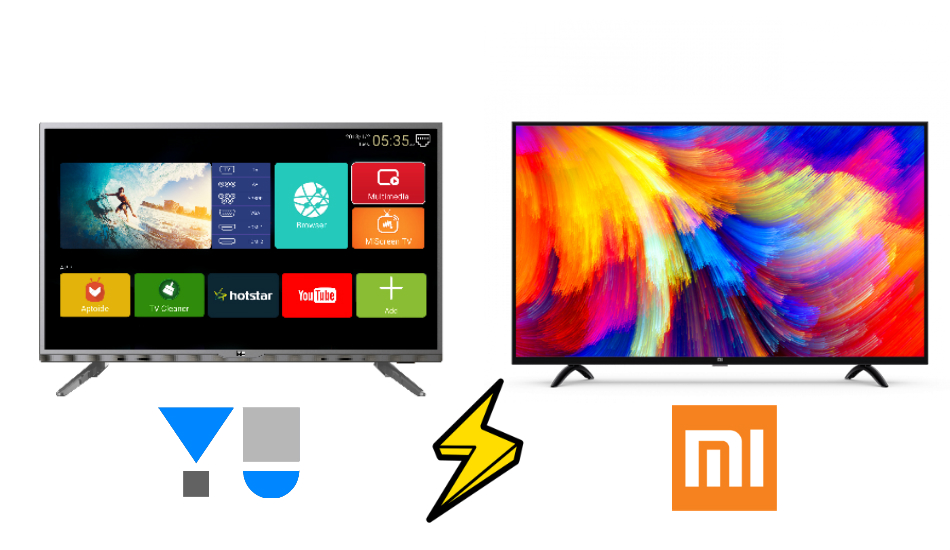 The Yuphoria Smart LED TV from YU features a 40-inch Full HD LED display with a resolution of 1920 x 1080 pixels for a price of Rs 18,499. For around the same price, Xiaomi is currently selling its older 43-inch Mi LED Smart TV 4A with an FHD screen, stereo speaker, Smart TV interface and AI-enabled PatchWall UI.

Micromax sub-brand YU today launched the first YU-branded TV in India. The Smart TV is priced at Rs 18,499 and will exclusively be available on Amazon India starting October 10 in an open sale. 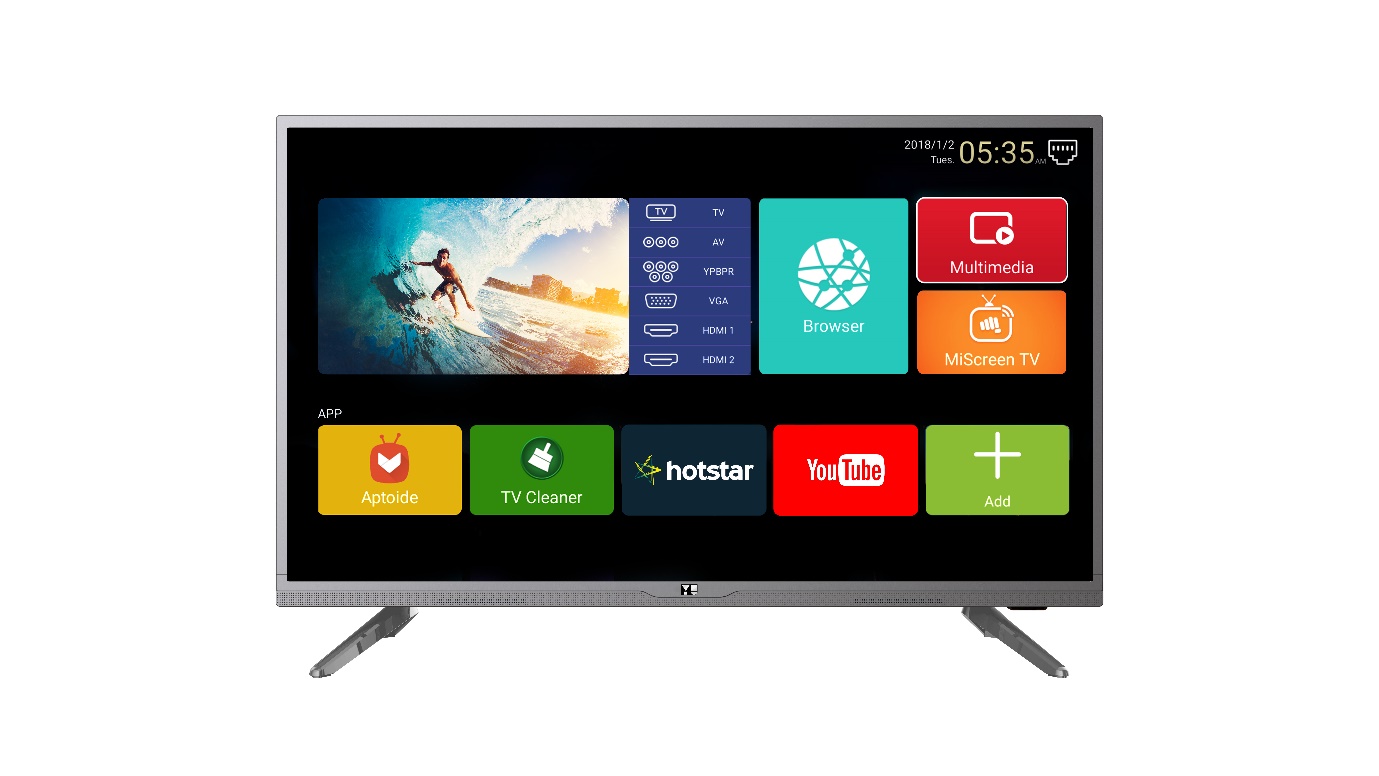 The Mi TV 4A is powered by a quad-core Amlogic chipset with Mali-450 MP3 graphics, 1GB RAM and 8GB of onboard storage. Connectivity options on the Mi TV 4A include Wi-Fi 2.4GHz 802.11 b/g/n, three HDMI ports, two USB ports, one Ethernet port, one AV component port, and one S/PDIF audio port. There are dual 10-watt speakers to produce a stereo effect with support for DTS audio.

The Yu Yuphoria TV is powered by a quad-core processor with 1GB of RAM and 8GB of internal storage. There’s a 24-watt speaker on the front and the device support connectivity through three HDMI ports, two USB 2.0 ports, a VGA port, an AV port, a VGA port and WiFi.

YU’s Yuphoria Smart LED TV runs on a Smart TV interface that’s powered by Android underneath. It features Micromax’s Aptoide App Store where users can download various apps and streaming services from including the likes of Amazon Prime Video and Netflix. Users can access the internet through the inbuilt browser and can connect external hard disks or consoles through the Multimedia Tab on the screen. The YU TV features a YuScreen TV option which allows users to connect their smartphones or tablets using YuYuphoria app that is available on the Play Store. Additionally, the smart TV comes with Airplay support, meaning users will be able to connect Apple devices for sharing media content.

The Mi TV 4A, on the other hand, runs its own popular PatchWall UI that overlays on top of the Android OS optimized for television. The PatchWall UI is the one thing that enables Mi TV 4A to showcase all content from media streaming apps and set-top boxes on a single screen. While the PatchWall UI on the Mi TV is based Android, it’s not necessarily Android TV but Xiaomi has promised an update to the latest interface later this year, soon after which the Mi TV 4A will run on the same software that powers the new Mi TV 4A Pro. When that happens, the TV will run on Android TV based on Android 8.1 Oreo with Chromecast support. Users will also be able to access the Google Assistant on their Mi TVs with voice search through the bundled Mi Remote. PatchWall will soon welcome content from Amazon Prime Video, Eros Now, JioCinema, Hooq and Epic.

The YU Yuphoria Smart LED TV is a good option for a budget Smart TB as it packs a Full HD display with loud 24-watt sound, an easy to use software interface and comes with a familiar looking remote control that can be used by the least tech-savvy member of the family. All that for Rs 18,499 is a steal if the Micromax sub-brand is willing to bring more features on the software front of the device which is basically what defines a Smart TV.

For an additional Rs 2,5000, Xiaomi’s Mi TV 4A comes with a larger display and better software that can be controlled with voice commands through the remote. The PatchWall UI does the heavy lifting here since it manages to display content from both the installed apps and the connected set-top-box, clearly giving the Xiaomi TV an edge over its YU counterpart.

The rest of comes down to personal preferences and the mere fact of how much you’re willing to pay for the TVs. While the YU Yuphoria Smart LED TV is available on Amazon for Rs 18,499, the Mi LED Smart TV 4A is currently for Rs 20,999 on sale at Mi.com.