Google has pushed a new update for its video sharing service app YouTube to bring a refreshed user interface, slide-out navigation, in-app multitasking and other features for the Android platform.

Google has pushed a significant update for its video sharing service driven app – YouTube – for the Android and iOS platforms. The new YouTube application has a polished new user interface along with navigation and other bunch of important features such as in-app multi-tasking. For the tablets, it now offers a functional user interface even in the landscape mode. The new YouTube App improvement aims to provide better user experience on the mobile devices.

Among the new features include the new card-based user interface that make the YouTube app look better than its previous user interface update. Slide-out navigation has been provided for quick jumping between different channels and options. Video playback opens a totally new experience and also follows the device’s auto-rotate settings.

Both Android and iOS versions of the YouTube now have the in-app multi-tasking with the picture-in-picture effect. When a video played and user presses the back button to check other videos, the playback of the previously playing video will be minimized to a small window in the same panel. User can continue to search and explore more videos while the minimized video continues to play in small window. Swiping up the minimized video playback panel will bring it up and continue playing it in maximized mode. Same minimized panel can be swiped left or right to remove it from the panel. 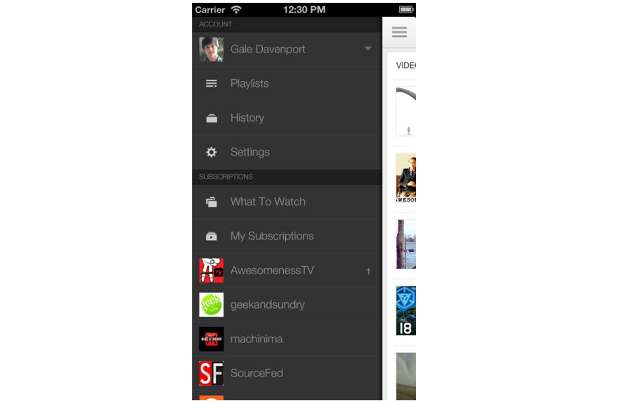 Other set of improvements include better adherence to the global auto-rotate settings on the devices and functional landscape mode for the tablets. The latest version of the YouTube app for the Android devices can be downloaded from the Google Play Store and for the iOS devices from the Apple App Store.