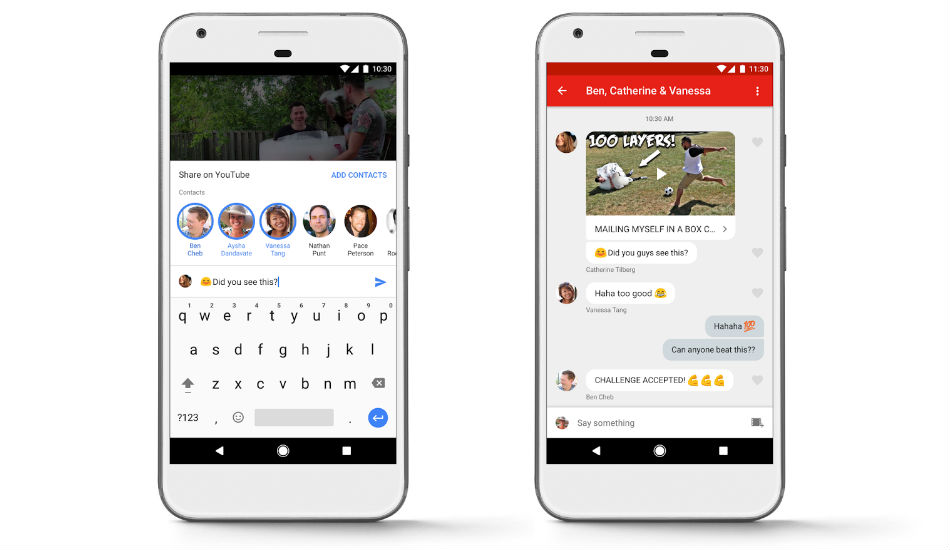 The company has rolled out in-app messaging and video sharing features to its application and it is available on both Android and iOS platforms.

YouTube has started rolling out new features which allow users to share videos and chat with their friends and foe. The company has rolled out in-app messaging and video sharing features to its application and it is available on both Android and iOS platforms.

YouTube says that it has been testing the new feature since last year and the brand has made some improvements before rolling out this new sharing feature to all users globally. Through this update, signed-in users with a channel will see a brand new Shared tab.

All you have to do is press the tab and one can add his/her friends and family as contacts. This allows users to share videos with their contacts. Further, one can also chat about the shared videos right on YouTube and one can also reply with another video, invite others to the conversation, and more.

The brand previously added some new material design, which is a lot cleaner and simple and Google claims that the ‘new design is aligned across Google platforms, including the YouTube mobile app, while still providing the features you know and love.’

The new desktop design is built on a faster framework named Polymer which Google claims will enable it to execute development much faster than before. As a result, YouTube has also included a new Dark Mode which is the first feature developed on this framework.