As expected, Xiaomi has launched its in-house processor (codenamed: Pinecone) today at the Beijing National Convention Centre, China. The chipset is named as Surge S1 which is an octa-core 64-bit SoC with 2.2GHz maximum frequency. 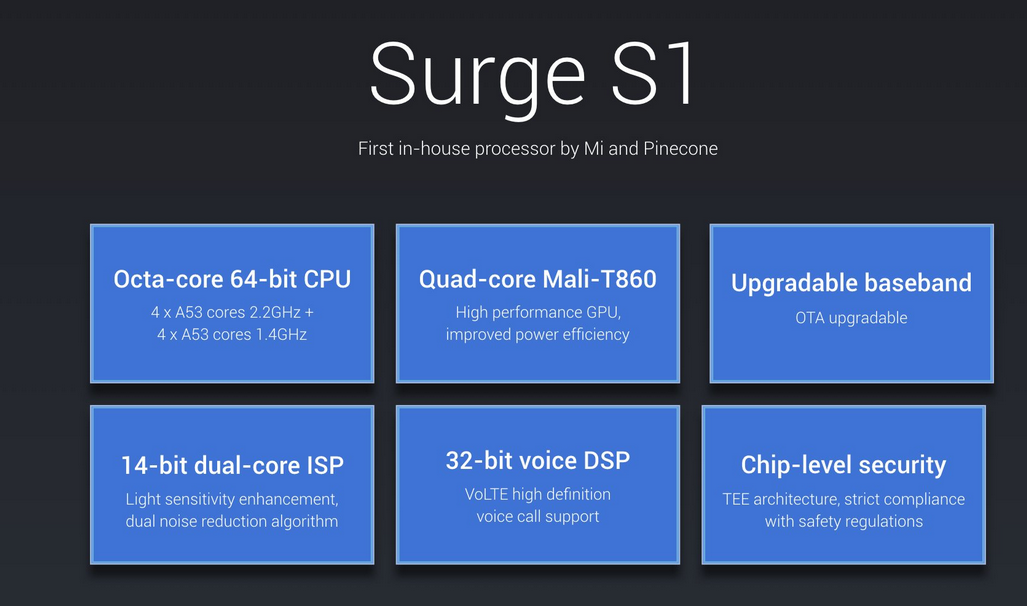 Xiaomi has revealed that the company took 28 months for the production of the Surge processor. Xiaomi and Pinecone together have created this processor. As per Xiaomi, their new Surge S1 SOC beats 14nm Snapdragon 625 as well as MediaTek Helio P10 and the p20 in the benchmarks.

Meanwhile, Xiaomi has also announced Xiaomi Mi 5C today at 1499 Yuan (US$ 218) or approximately Rs 14,567. It is the first smartphone powered by Xiaomi’s in-house Surge S1 processor and has a 5.15-inch full HD (1920 x 1080 pixels) curved glass display. On the inside, as mentioned before, the device is powered by 2.2GHz Xiaomi Surge S1 64-bit Octa-Core processor with quad-core Mali-T860 GPU. It comes with 3GB RAM with 64GB of internal storage, which is further expected to be expandable via a micro SD card.