Xiaomi to launch its in-house Pinecone processor on February 28

Xiaomi Mi 5C is said to be the Xiaomi's first device to be featuring in-house octa-core Pinecone processor.

Xiaomi is all set to launch its in-house Pinecone processor on February 28. The information comes straight from the company’s official Weibo page on which Xiaomi has posted a teaser for the invitation for the launch event. The event will be held at 2 PM on February 28 at the Beijing National Convention Centre, China. The processor will be developed by Xiaomi-owned Pine Cone Electronics.

Xiaomi’s Pinecone processor details recently surfaced online on Chinese microblogging website Weibo. As per leaked details, Xiaomi is working on two Pinecone SoC chips with model numbers V670 and V970. The V670 is said to use four Cortex A-53 and four A-53 octa-core architecture with a clock speed of 800MHz and Mali T860 MP4 GPU. Furthermore, the V670 chipset is also said to be using a 28nm manufacturing process. 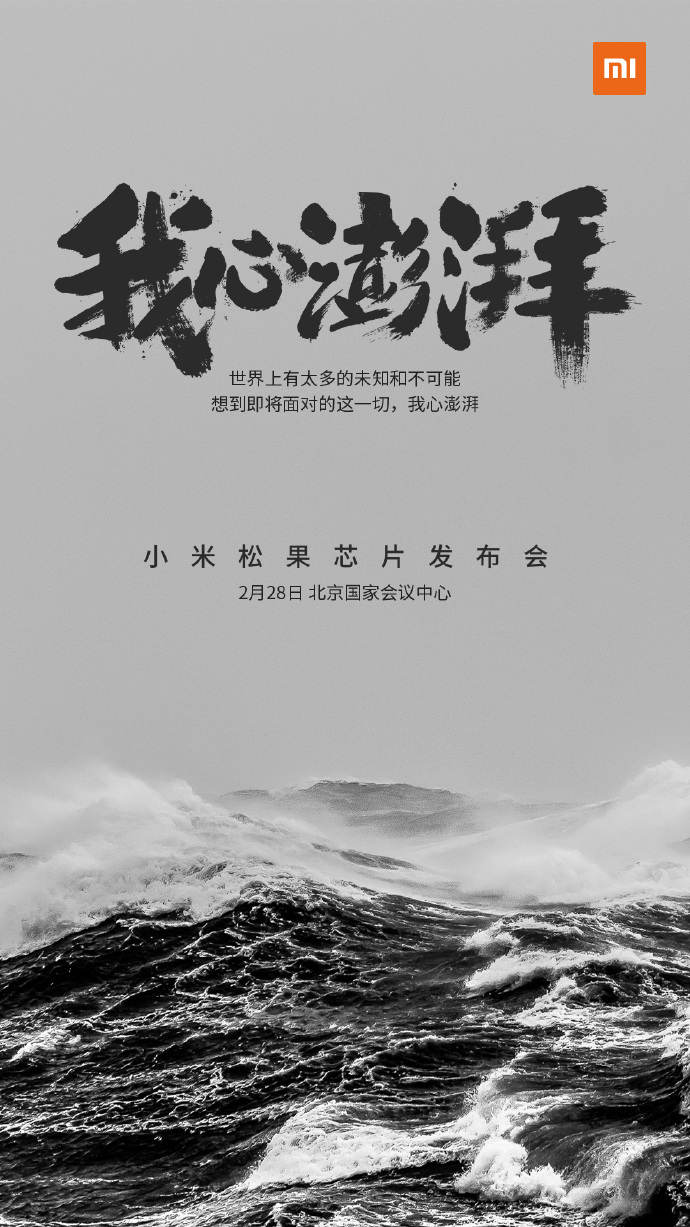 Xiaomi Mi 5C is said to be the Xiaomi’s first device to be featuring in-house octa-core Pinecone processor. Out of the two V670 and V970 processors, the Xiaomi Mi 5C will reportedly launch with the lower V670 variant.

As per earlier leaks, the Xioami 5C will have a 5.5-inch display with narrow bezels to be powered by a 2.2 GHz octa-core processor. There could be two different variants of the smartphone, one with a Snapdragon processor, and another with the in-house Pinecone chipsets. It will come with 3GB of RAM and 64GB of internal storage, 12-megapixel primary camera and an 8-megapixel front-facing camera. The phone is expected to run on Android Marshmallow operating system with MIUI 8 on top and has a 3,200mAh battery. The Xiaomi Mi 5C is rumoured to be priced at 1499 Yuan which is approximately Rs 14,623.