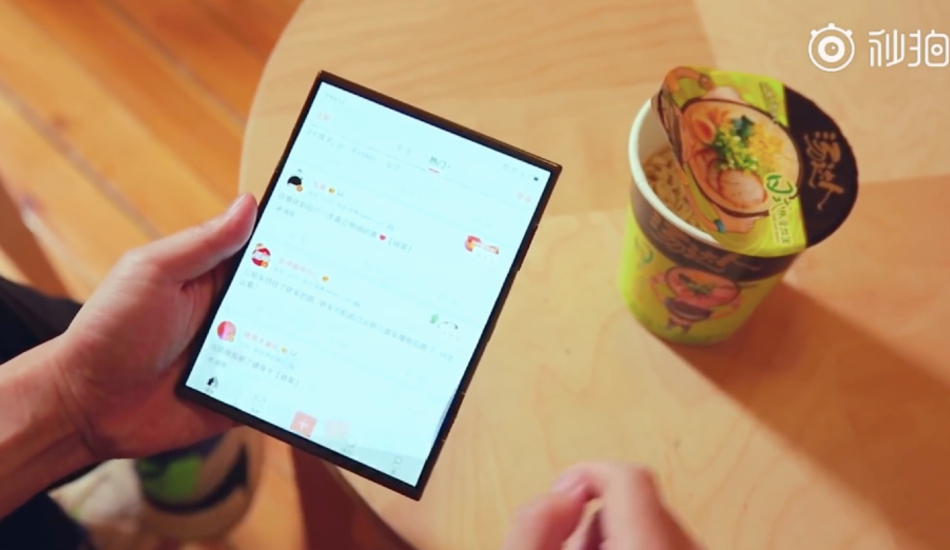 The teaser first shows the device being used flat as a tablet before being folded twice from both sides. The device also features near-to-no-bezels on all sides with the only noticeable bezels having the same thickness on all sides.

Earlier last month, Xiaomi confirmed that it was working on a foldable smartphone with a new design, software and folding mechanism, different from the anything previously witnessed. The Chinese company has now posted a teaser of its upcoming foldable phone through a short video, revealing the design and features of the device.

This is the second time Xiaomi has been seen promoting its foldable smartphone as earlier this year, the company co-founder and president Lin Bin posted a minute-long video showing off the foldable smartphone. The latest video is much shorter, lasting about 10 seconds but confirms the design language that was previously rumoured for the device.

The teaser first shows the device being used flat as a tablet before being folded twice from both sides. The device also features near-to-no-bezels on all sides with the only noticeable bezels having the same thickness on all sides.

With zero bezels on the edges, the Xiaomi phone is expected to work with different gestures present on the MIUI. The most prominent feature seems to be the back functionality which is done by swiping away from the edges of the screen. Such gestures are already present on current phones running the latest MIUI versions and it’ll be easier for the company to develop the hardware for the same since the software is already convenient to work on a phone with no mechanical or on-screen keys.

While we don’t see a camera unit on the video, it’s believed that the foldable phone will feature the main sensor behind the primary screen, positioned off-centre. This could be explained as keeping the camera at the centre would need both flaps to be opened to use the sensor, while positioning it on one side would help make use of a part of the foldable panel as the viewfinder when clicking selfies.

The flexible folding screen used in the latest innovation will be co-developed by Xiaomi and its supply chain partner. Xiaomi is also considering “Dual Flex” and “MIX Flex” as names for this smartphone.

With the teaser already up, Xiaomi looks to be gearing up for the launch of its iteration of a foldable phone and we can expect it to go official sometime next quarter.