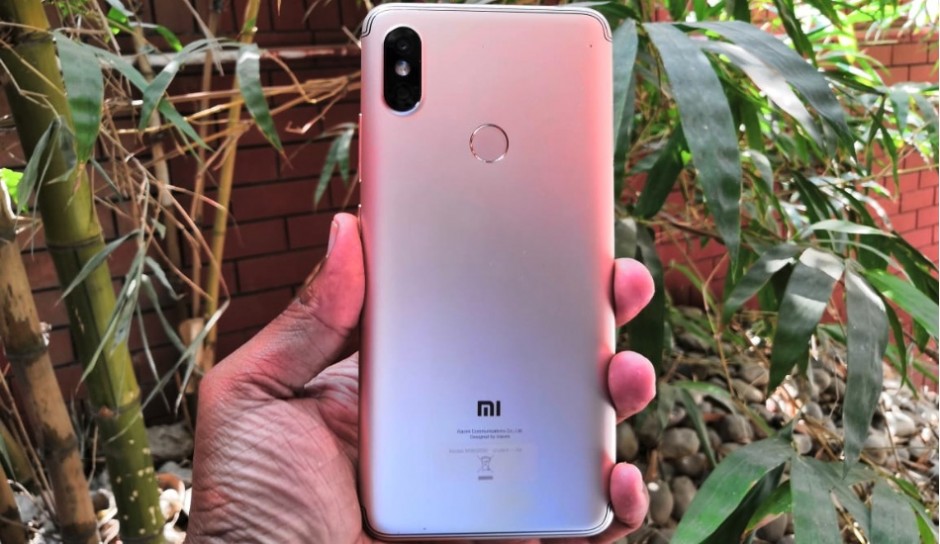 Xiaomi announced the budget Redmi Y2 smartphone back in June which came running Android 8.1 Oreo with the company’s MIUI 9.5 on top. The Chinese manufacturer is now rolling out a stable build to all users of the Redmi Y2 in India which shifts the software to MIUI 10 through an OTA update.

The announcement came through Xiaomi India MD, Manu Kumar Jain’s official Twitter account who said the MIUI 10 stable ROM for Redmi Y2 is now available for all users. The latest build ports the firmware of the device to version MIUI 10.0.1.0.OEFMIFH and adds Android security updates till August 2018 in addition to several refinements in the UI.

Weighing in at 501MB, the latest software brings with it fullscreen navigation gestures, new volume sliders with natural sound presets (like forests, drizzle, birds chirping, fire, water), redesigned UI and notification panel and improved multitasking options. There’s a new AI-based camera which can now develop bokeh effect from the single camera smartphone. In addition the notification pane, Xioami has also refined the Clocks and Notes apps. The display has been modified to contain and realign all screen elements for a fullscreen experience. 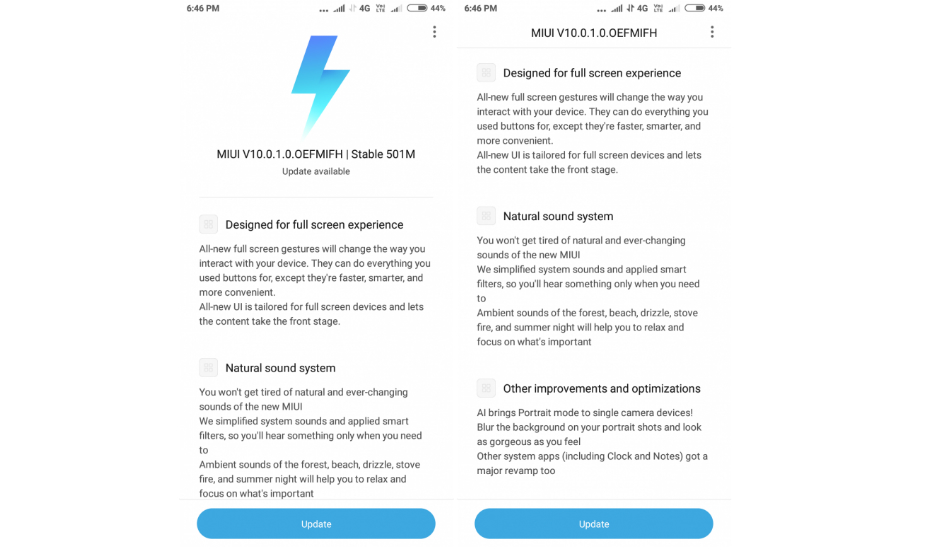 The MIUI 10 update comes two months after Xiaomi started beta testing the global build for the Redmi Y2 and other budget phones. In fact, the update makes the Redmi Y2 the first device to be rolled out the MIUI 10 build which is soon to be followed by respective updates to the Redmi Note 5 Pro, Note 5 and Mi Mix 2S.

If you wish the update your Redmi Y2 to the latest interface, move to System Update by heading over to Settings panel > About phone and click “Check Updates” to manually download the latest build.