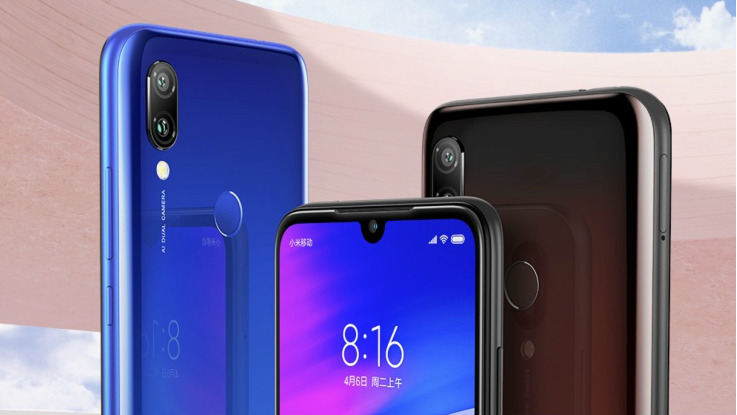 The Redmi 7 will feature a dual camera setup with one sensor of 12-megapixel. The listing did not reveal the specification of the secondary rear camera. The phone will have a selfie camera of 8-megapixel.

Xiaomi is all set to launch the Redmi Note 7 Pro in China on March 18, which was launched in India last month. Now, the company has officially confirmed that it will be introducing another smartphone, dubbed as Redmi 7, at the same event.

Redmi’s General Manager Lu Weibing announced this information on his official Weibo handle. He posted a teaser image of the smartphone revealing the launch date of March 18, which is scheduled to take place in Beijing. The poster also reveals the design of the upcoming smartphone, which is similar to what we have seen in the previous leak. 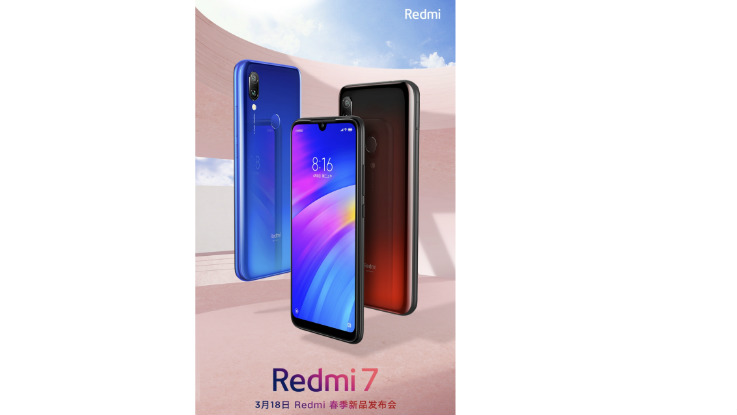 The company has finally adopted with a gradient finish with Redmi 7. The phone will come in Blue and Red colour options and there is a possibility of other colour options as well. The front panel of the smartphone shows a waterdrop notch at the top and the earpiece been placed at the edge of the notch. The right side of the device feature volume controls and power on/off button, while the left houses SIM tray. The back panel features dual-camera setup aligned vertically and there is a fingerprint sensor as well.

Previously, the phone was listed on the Chinese certification website TENAA, revealing its major specifications. The device is equipped with a 6.26-inch HD+ display with 1520 x 720 resolution. It is powered by a 1.8GHz octa-core processor. The phone will come in three configurations – 2GB RAM with 16GB storage, 3GB RAM with 32GB storage, and 4GB RAM with 64GB storage. All variants will have support for storage expansion.

For the camera department, the Redmi 7 will feature a dual camera setup with one sensor of 12-megapixel. The listing did not reveal the specification of the secondary rear camera. The phone will have a selfie camera of 8-megapixel.