Both Redmi 5 and Redmi 5 Plus smartphones will feature a full-screen design with support for 18:9 aspect ratio.

Xiaomi is all set to launch the Redmi 5 and Redmi 5 Plus smartphones in China on December 7. Now as per a report of GizmoChina, ahead of the launch, Xiaomi Redmi 5, Redmi 5 Plus have surfaced again via a series of new promotional videos released by Xiaomi.

The video shows three promotional videos showcasing the real Redmi 5 and Redmi 5 Plus smartphones with a full-screen design. Sadly, the video does not show any major specifications of both the phones. The video shows one of these smartphones is seen in black colour while the other device is seen in white colour. 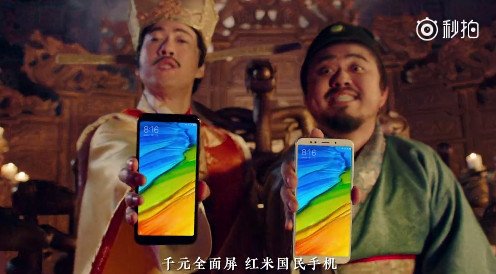 Recently, it was revealed that both the smartphones will ship with MIUI 9 out of the box. MIUI 9 is the company’s latest Android-based skin, MIUI, and it comes with a number of enhancements over MIUI 8.