Realme has officially announced that it is looking for ideas to implement a Dynamic Island-like feature in its devices. 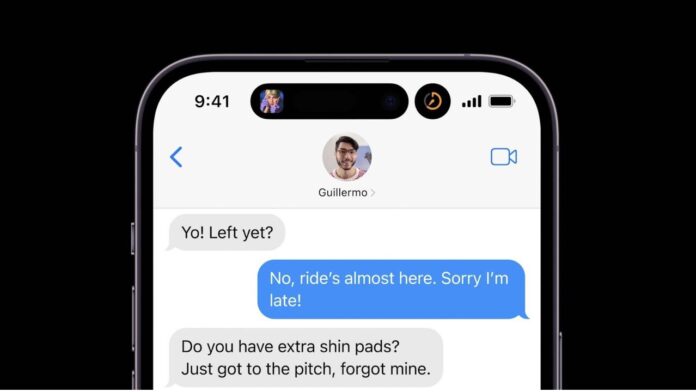 This year Apple introduced new functionality in their iPhone 14 and iPhone 14 Pro Max- Dynamic Island. The pill-shaped notch that encompasses the front camera can interact with the software in such a way that it doesn’t look as if it’s actual hardware. The question lot of people were asking when it was unveiled was which all Android Smartphone brands, Xiaomi, Realme and so on, would copy it. Well, we don’t have a confirmed answer but read on to know more.

Let’s first check out what Realme wrote in a contest blog post on its own community forums.

The way it described the feature in its post and the way it showed the feature in a teaser seems exactly like how Apple’s Dynamic Island works. Moreover, Realme says that it found this idea quite appealing and has decided to turn to its fans for ideas and suggestions on how such a software feature could be implemented on realme devices.

While it isn’t necessary that the feature would look the same as Apple’s, it definitely means that the company is taking inspiration from the Cupertino-based brand. Where we definitely would want to see how the company will implement it in its phones, the innovation is what’s at stake here because the brand is copying exactly what Apple did.

Xiaomi may (or may not) implement its own Dynamic Island

On the other hand, some recent reports have stated that the upcoming Redmi K60 series will receive a Dynamic Island-style notification system. This is because Lu Weibing, a Senior VP at Xiaomi, asked Weibo fans whether they would ‘really need a Smart Island’ on Xiaomi smartphones. From this, it was assumed that Xiaomi would copy Apple’s Dynamic Island, presumably in MIUI 14. But, the fact remains that Xiaomi has categorically not said anything about the implementation of Dynamic island.

Interestingly, Kacper Skrzypek, who bio reads, Polish unofficial MIUI translator, has tweeted, ” this will not happen, at least anytime soon.”

The idea of including a type of Dynamic Island within MIUI was spread by an MIUI community member, for which there were almost 10,000 respondents. Now, while Weibing did not clearly state that it won’t be taking inspiration from Apple’s Dynamic Island, MIUI developers’ response says, ”After the evaluation of the relevant students, I will not do it for the time being. Thanks for the feedback from Mi Fan friends”.

The dynamic island has just been introduced by Apple, and we are pretty sure in the coming months, we will see a lot of Android Brands working on copying it or taking inspiration to come out with something similar. Any guess who will be teh first Android brand to copy dynamic island? Do comment.