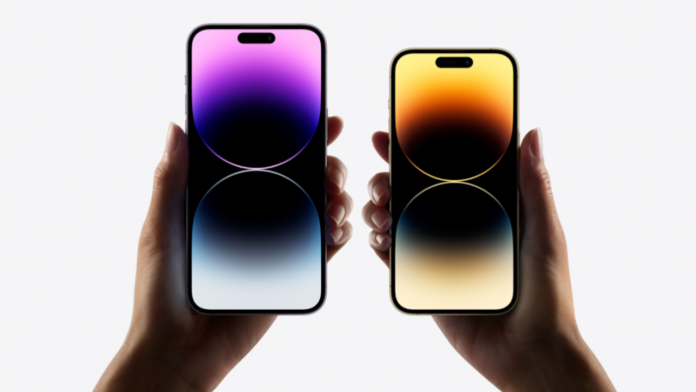 iPhone 14 series is powered by the same chip as last year’s iPhones, which is the A15 Bionic. The 6-core CPU handles demanding tasks smoothly and efficiently, as per Apple and the 16-core Neural Engine is capable of 15.8 trillion operations per second. Both phones run on iOS 16 out of the box. The iPhone 14 & 14 Plus has a battery life of up to 20 hours playback & 26 hours playback, respectively. These can be charged to 50% in about 30 minutes with a 20W adapter or higher. The phones also support wireless charging.

iPhone 14 and iPhone 14 Plus introduce a new standard for photo and video capture with a new 12MP f/1.5 Main camera featuring a larger sensor and larger pixels and a new front 12MP f/1.9 TrueDepth camera. The 14 and the 14 Plus also have an ultra-wide angle sensor at the rear. The camera app now has a new Action mode for a smooth-looking video that adjusts to significant shakes, motion, and vibrations, even when the video is being captured in the middle of the action.

The new iPhone 14 series also supports a new dual-core accelerometer capable of detecting G-force measurements of up to 256Gs and a new high dynamic range gyroscope, enabling crash detection. When a severe crash is detected, the emergency services call interface will appear on Apple Watch, as it is most likely to be in closer proximity to the user, while the call is placed through iPhone if it is in range for the best possible connection.

The iPhone 14 lineup also introduces Emergency SOS via satellite, which combines custom components deeply integrated with software to allow antennas to connect directly to a satellite, enabling messaging with emergency services when outside of cellular or Wi-Fi coverage. This feature will be available only in the US & Canada as of now.

iPhone 14 and iPhone 14 Plus remove the SIM tray for US models, enabling users to more quickly and easily set up their devices with the eSIM functionality. Moreover, later this fall, for the first time ever, Apple Fitness+ will be available for all iPhone users to subscribe to and enjoy in the 21 countries it is offered in, even if they don’t have an Apple Watch. Lastly, the phones are IP68 rated as well.

The iPhone 14 Pro lineup is also available in 6.1-inch and 6.7-inch sizes, where both models include a new Super Retina XDR display with ProMotion that features the Always-On display for the first time ever on iPhone, enabled by a new 1Hz refresh rate using LTPO tech and multiple other power-efficient technologies.

The advanced display also brings the same peak HDR brightness level as Pro Display XDR and the highest outdoor peak brightness in a smartphone: up to 2000 nits, which is twice as bright as iPhone 13 Pro. Then there’s the dynamic island up top which is the pill-shaped cutout housing the front camera and other sensors for Face ID.

With the introduction of Dynamic Island, the TrueDepth camera has been redesigned to take up less of the display area. Dynamic Island maintains an active state without impeding content on the screen to allow users easier access to controls with a simple tap-and-hold. Ongoing background activities like Maps, Music, or a timer remain visible and interactive, and third-party apps in iOS 16 that provide information like sports scores and ride-sharing with Live Activities can take advantage of Dynamic Island.

Then there’s a new 12MP Ultra Wide camera with 1.4 µm pixels. The third and final sensor is an improved Telephoto camera that offers 3x optical zoom. The 14 Pro and 14 Pro Max also have the new front TrueDepth camera with an f/1.9 aperture.

The Pro models are powered by the newer A16 Bionic chip. It features an accelerated 5-core GPU with 50 percent more memory bandwidth and a new 16-core Neural Engine capable of nearly 17 trillion operations per second. Then there are the same features as iPhone 14 series, including Crash Detection, eSIM-only in the US, Apple Fitness+, and Emergency SOS via Satellite feature. 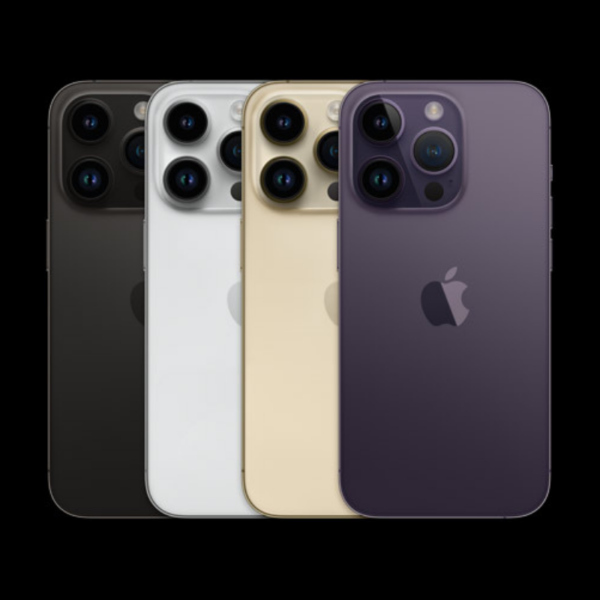 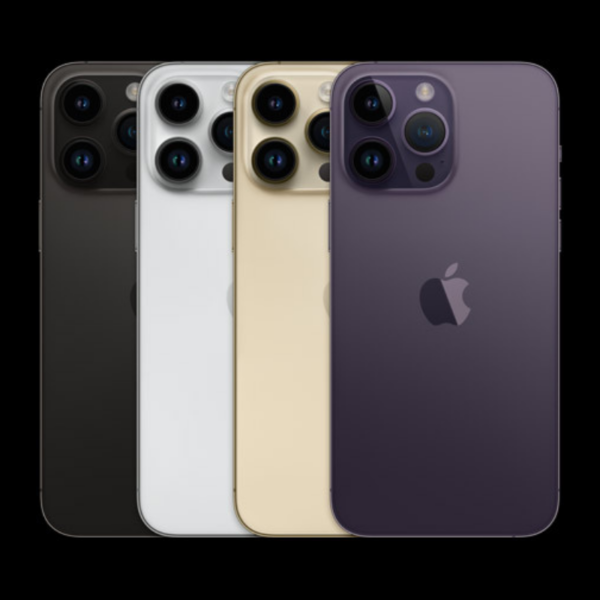