The smartphone will be featuring 20-megapixel primary rear camera, 256GB of internal storage and backed up by 4400mAh battery.

Xiaomi Mi Mix 2 is set to be unveiled on September 11 in China at the Beijing University of Technology Gymnasium at 2 PM local time. Now ahead of that, some leaked specifications of the upcoming Mi Mix 2 smartphone have surfaced on Chinese microblogging website, Weibo.

The leaked specifications reported by GizChina reveal that the smartphone will be powered by Snapdragon 836 chipset contrary to Snapdragon 835 in the earlier leaks. It is also to be noted that Qualcomm has still not been announced Snapdragon 836 chipset. The leaked specifications further reveal that smartphone will run the latest Android 8.0 Oreo out-of-the box with MIUI 9 layer on top and come with a 6.2-inch display with a screen resolution of 1440×2960 pixels. The operating system also is not in line with the earlier reports which revealed that the smartphone would come with Android 7.1 Nougat. The leak further says that it will be featuring a 20-megapixel primary rear camera, 256GB of internal storage and backed up by 4400mAh battery. There are no details about the secondary back camera and the front shooter. 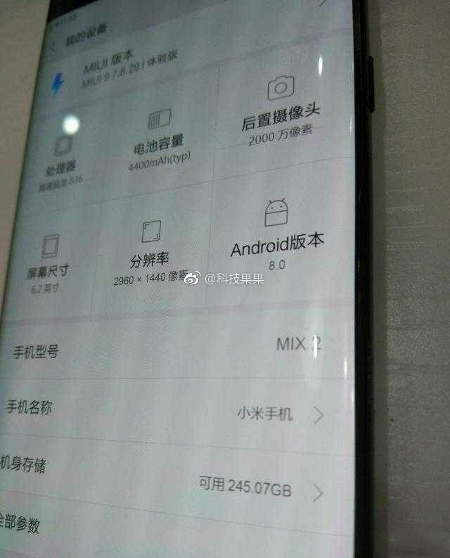 The Xiaomi Mi Mix 2 will be arriving with full screen 2.0 design which indicates that the smartphone might offer a higher screen-to-body ratio of 95 percent, up from 91 percent than the predecessor Mi Mix which was launched in October last year. The Xiaomi Mi Mix was made out of metal and ceramic, but the Mi Mix 2 is expected to be available in a metallic body instead of a ceramic chassis. The predecessor model came without a regular earpiece for which the Xiaomi used the Cantilever piezoelectric ceramic technology instead. The Mi Mix 2 is expected to feature a better new generation technology for the ear piece sound output. For this, the company will collaborate with AAC technologies and the technology will be known as AAC actuator and it will be used for the earpiece on the Mi Mix 2. This technology will achieve screen sound when the frequency is low to have a better experience. It is also alleged to work better with the 3GPP standard. Mi Mix 2 will be designed by the same French designer Philippe Starck who designed its predecessor Mi MIX. 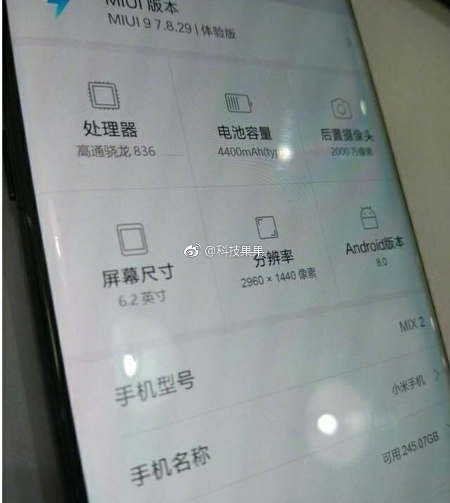