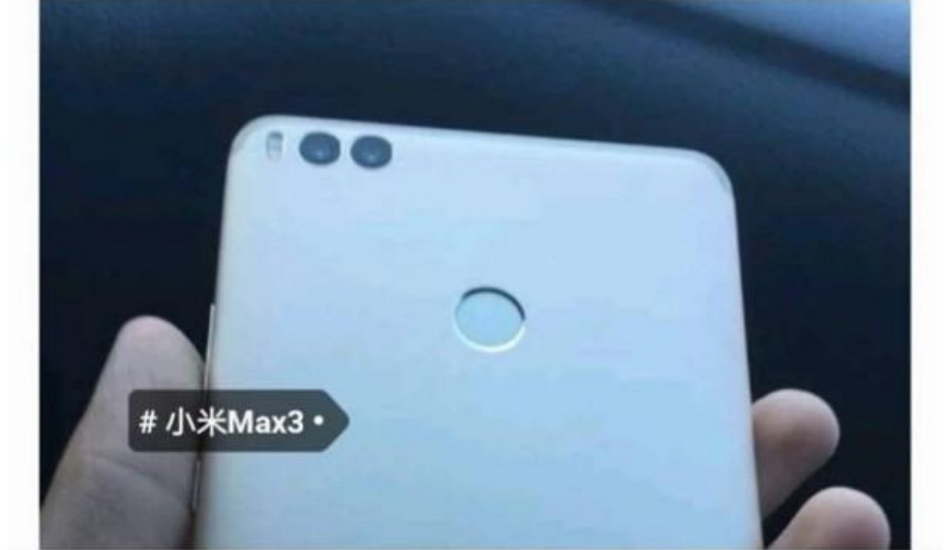 Xiaomi Mi Max 3 along with Xiaomi Mi Max 3 Pro is expected to launch on July 3 in China. It will run on Android 8.1 Oreo-based MIUI 10 and will be backed up by 5,500mAh battery with support for Quick Charge 3.0’s 18W fast charging.

Xiaomi Mi Max 3 along with Xiaomi Mi Max 3 Pro is expected to launch on July 3 in China. The smartphone is making rounds on the web from quite some time now via various leaks and reports. Now ahead of the launch, the Xiaomi Mi Max 3 pricing has been leaked.

As per the leaked price on the company’s website, first spotted by Mysmartprice, the Xiaomi Mi Max 3 will come with a price tag of 1,699 Yuan in China which is approx. Rs 17,600. It is to be noted that the listing only carries the price tag of 6GB and 128GB storage variant of the smartphone. The Mi Max 3 is also likely to come in a cheaper variant of 4GB RAM and 64GB internal storage. Though in India, both the variants are likely to be a bit costlier than China due to customs duties and charges. 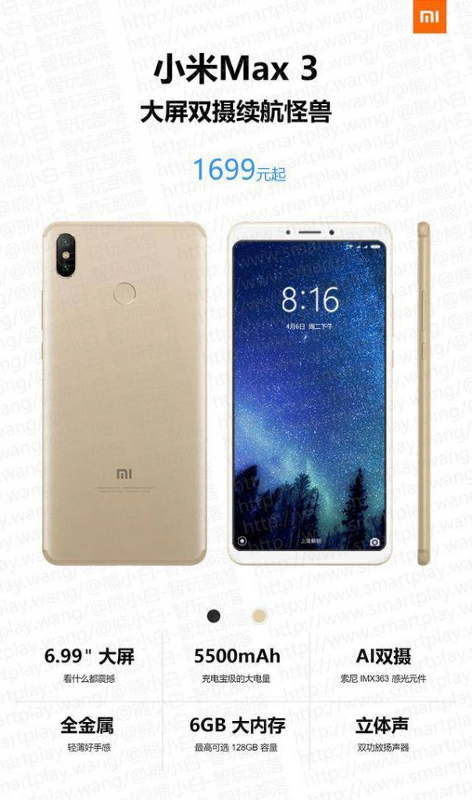