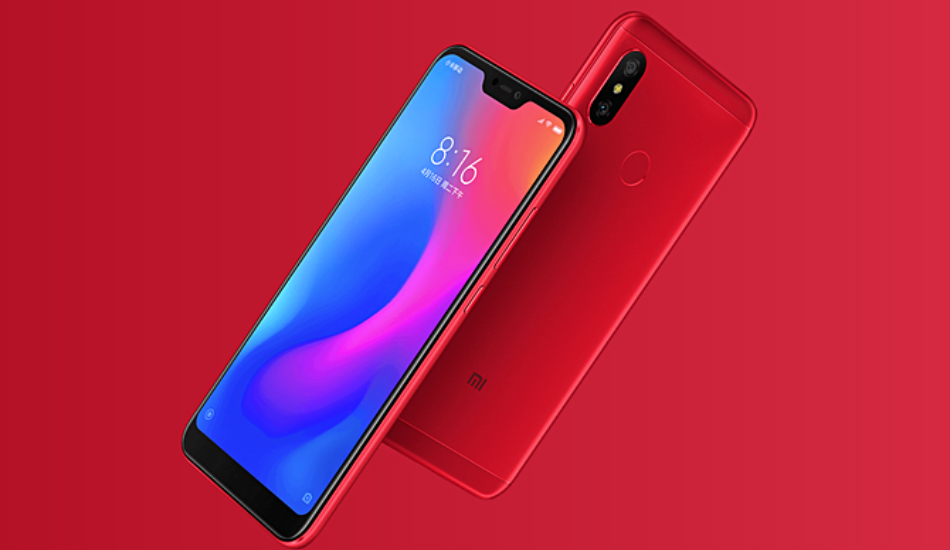 The Redmi 6 Pro employs a dual camera setup on its metallic rear end and equips a Sony IMX486 12MP sensor with pixel size of 1.25um, f/2.2 aperture, phase detection autofocus with the secondary lens being a Samsung S5K5E8 5MP camera of aperture of f/2.2. The most expensive variant comes with 4GB RAM and 64GB storage.

The Redmi 6 Pro has been announced by XIaomi as its next mid-range smartphone earlier this morning as expected. The device features a 5.84-inch Full HD+ 19:9 display with a resolution of 2280 x 1080 pixels and a notch at the front, making this the first mid-range Xiaomi device to equip the same. The Redmi 6 Pro will start selling in China on June 26 for 999 yuan(approx. Rs 10,520) for the 3GB + 32GB variant with higher models priced accordingly.

Powered by the extensively used Qualcomm Snapdragon 625, the Redmi 6 Pro will arrive in 3GB+32GB, 4GB+32GB, and 4GB+64GB memory configurations on the inside. The device runs on Android 8.1 Oreo with Xiaomi’s older MIUI 9 on top which is interesting since it’s been a month the Chinese manufacturer announced the MIUI 10.

The Redmi 6 Pro employs a dual camera setup on its metallic rear end and equips a Sony IMX486 12MP sensor with pixel size of 1.25um, f/2.2 aperture, phase detection autofocus with the secondary lens being a Samsung S5K5E8 5MP camera of an aperture of f/2.2. There’s a fingerprint scanner and if that wasn’t enough, the 6 Pro also comes with an AI face unlock which powers the front-facing 5MP camera. 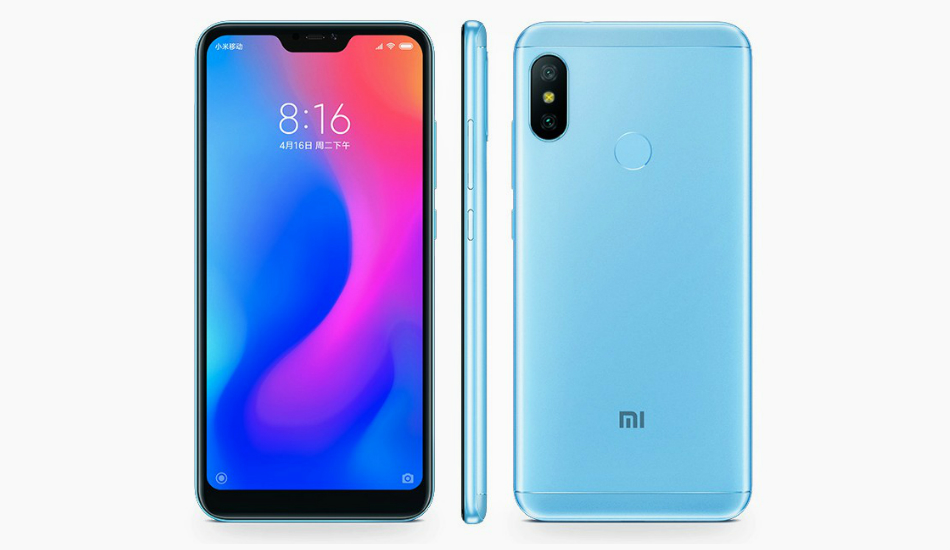 In terms of connectivity, the Redmi 6 Pro includes support for 4G VoLTE, WiFi, Bluetooth v4.2, GPS, GLONASS in addition to the IR blaster and a 3.5mm headphone jack. The device is fuelled by a massive 4,000mAh battery which will likely last you for over a day.

The Redmi 6 Pro will be available for sale in China starting June 26 and will come at an asking price of 999 yuan, 1,199 yuan and 1,299 yuan for the 3GB/32GB, 4GB/32GB and 4GB/64GB versions respectively. The device will arrive in five colour variants – Rose Gold, Red, Sand Gold, Stone Black and Lake Blue.