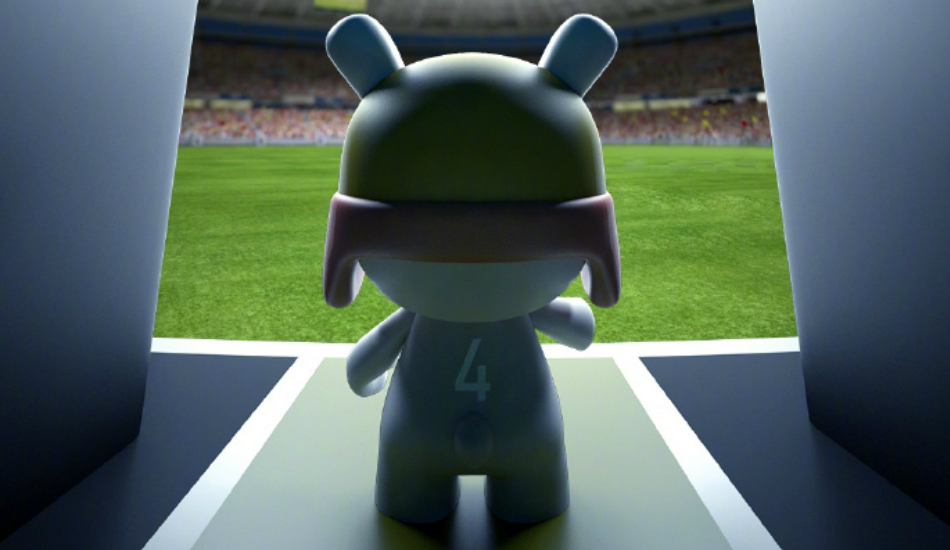 The Chinese smartphone manufacturer through its official Weibo account has confirmed that it’ll be launching the Mi Pad 4 and along with it a new addition to the Redmi 6 series, Redmi 6 Pro in China on June 25. Both devices are expected to come with MIUI 10 out of the box with Android 8.1 Oreo underneath.

Last year, Xiaomi unveiled the Mi Pad 3 with a 7.9-inch Retina display and a metal body and from the looks of it, we might see its successor by the end of this month. The Chinese smartphone manufacturer through its official Weibo account has confirmed that it’ll be launching the Mi Pad 4 and along with it a new addition to the Redmi 6 series, Redmi 6 Pro in China on June 25.

With just under a week to go for its release, not a lot is known about the Mi Pad 3 successor as the fourth generation of the Xiaomi tablet is expected to retain a 7,9-inch form factor with an FHD screen and an elongated aspect ratio of 18:9. Earlier reports suggested that the Mi Pad 4 will come powered by the latest mid-range processor from Qualcomm which is the Snapdragon 660, clocked at around 2.0GHz. Other configurations are unclear at the moment but it’s likely that Xiaomi retains 4GB of RAM and 64GB of internal memory from the Mi Pad 3. 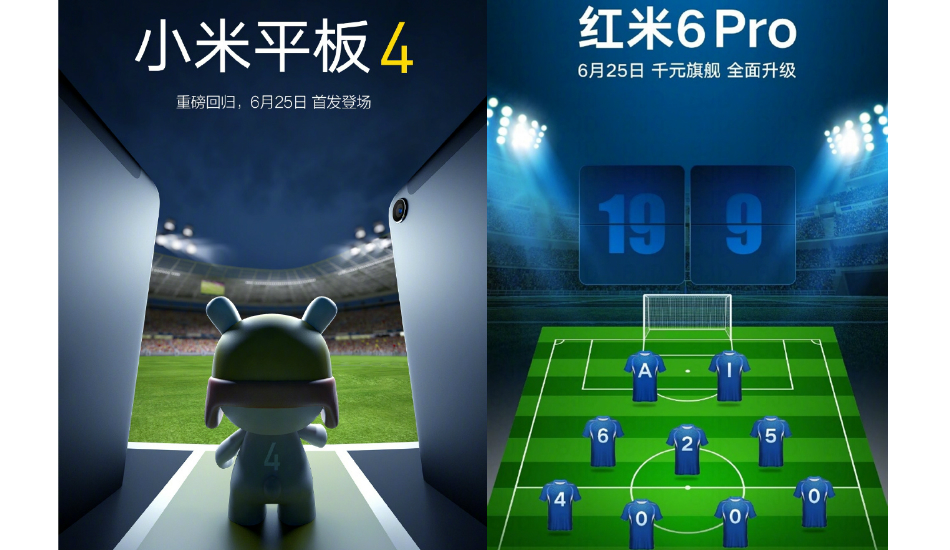 Xiaomi will also be hosting the launch event of the Redmi 6 Pro on the same day, meaning June 25 will also see a new model in the Redmi 6 series which was launched earlier this month with Helio chipsets and AI dual cameras. Revealed through their official Weibo account, the posted reads out loud that the Redmi 6 Pro will equip a display of an aspect ratio of 19:9.

The official teaser also hints at other specifications which are carefully placed as jersey numbers from a football team and highlights AI as the frontline specification of the smartphone. The Redmi 6 Pro will also be powered by a Qualcomm Snapdragon 625 with 4,000mAh battery to juice up the high-end Redmi device.

As per reports and the latest TENAA clearing, it’s possible that the Redmi 6 Pro will distinguish itself in design aspects from the Redmi 6 and Redmi 6A, as it’s speculated to be featuring a notch at the top. There will indeed be a dual camera setup at the back which seems to be a norm lately and the device will also come with the latest Android 8.1 Oreo with the company’s MIUI 10 on top.