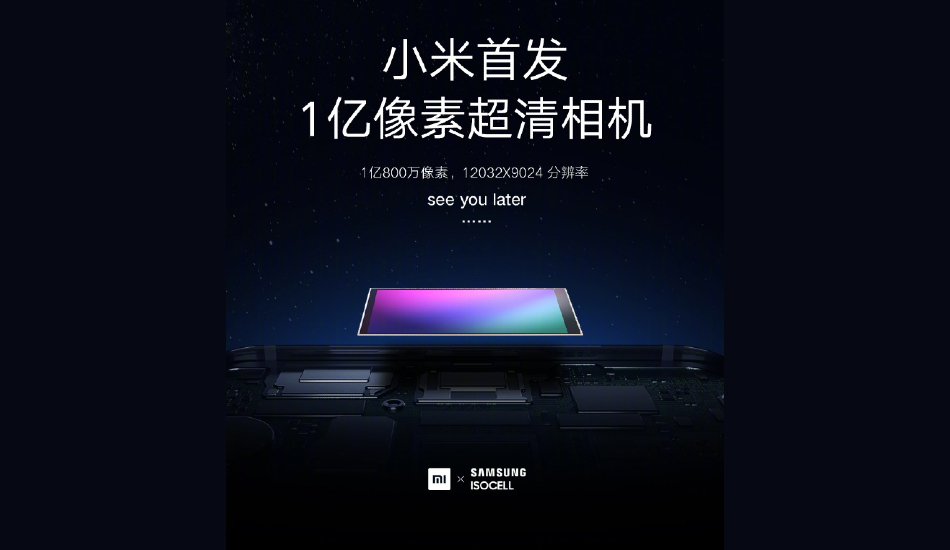 Xiaomi is reportedly working on using Samsung's new 108MP camera technology on not one but four upcoming smartphones.

Xiaomi unveiled its 64MP smartphone imaging technology last month and later teased that a 108MP camera will be there on smartphones soon. Just days after that Samsung debuted the world’s first 108MP smartphone camera sensor by launching the Samsung ISOCELL Bright HMX. As it turns out, Xiaomi is working on using the new 108MP camera tech on not one but four upcoming smartphones.

The news comes after Xiaomi’s Mi Gallery app inside MIUI added support for viewing 108MP images, reports XDA Developers. In addition to that, the company has also listed support for four new devices with codenames – draco, cmi, uni and tucana.

Adding support for viewing 108-megapixel pictures could mean that Xiaomi is ready to deploy Samsung’s latest ISOCELL Bright HMX sensor on its smartphones. It’s however, unclear which or if any of these phones will be launched under the company’s Redmi branding.

If you didn’t know, Samsung’s new ISOCELL Bright HMX sensor will be able to capture 108-megapixel grade photos with a resolution of 12032×9024 pixels. The sensor will still come with a 0.8-micrometre (μm) pixel size, same as its 64MP predecessor. It will have an increased sensor size of 1/1.33-inch for extracting more light under any circumstances, especially in low light conditions.

The ISOCELL Bright HMX features a Smart ISO technology which the sensor can employ to switch to a lower ISO in well-lit environments or to a higher ISO in darker conditions with a reduced level of noise. The 108MP camera uses Samsung’s Tetracell technology to pixel-bin several images and merge them into a 27MP picture. The new sensor can also record videos with 6K resolution (6016 x 3384 pixels) at 30 frames per second.

Samsung earlier noted that the ISOCELL Bright HMX will be equipped inside a smartphone by the end of 2019 and will be first used by Xiaomi. What this essentially means is that we can see at least one phone of the four with 108MP camera to launch before the start of 2020.