A mysterious Xiaomi device codenamed “Chiron” has been found on GFXBencmarking website. The listing has spilt some beans on the expected specifications of the upcoming smartphone. Earlier, the device surfaced online in July this year. Previously, the Xiaomi Chiron smartphone was rumoured to be either the Mi Note 3 or Mi MIX 2.

As per the listing on GFXBench, Xiaomi Chiron has a 5.6-inch display that has full HD (1920×1080 pixels)resolution and widescreen aspect ratio of 16:9 and 5 finger gesture support. Besides as per the listing, it has Qualcomm Snapdragon 835 2.4GHz octa-core processor with Adreno 540 GPU. The smartphone has 6GB RAM variant with 256GB internal storage out of which 228GB is reserved for users. The Xiaomi Chiron runs on Android 7.1.1 Nougat operating system. In the listing, there is no information about its battery or expandable memory. 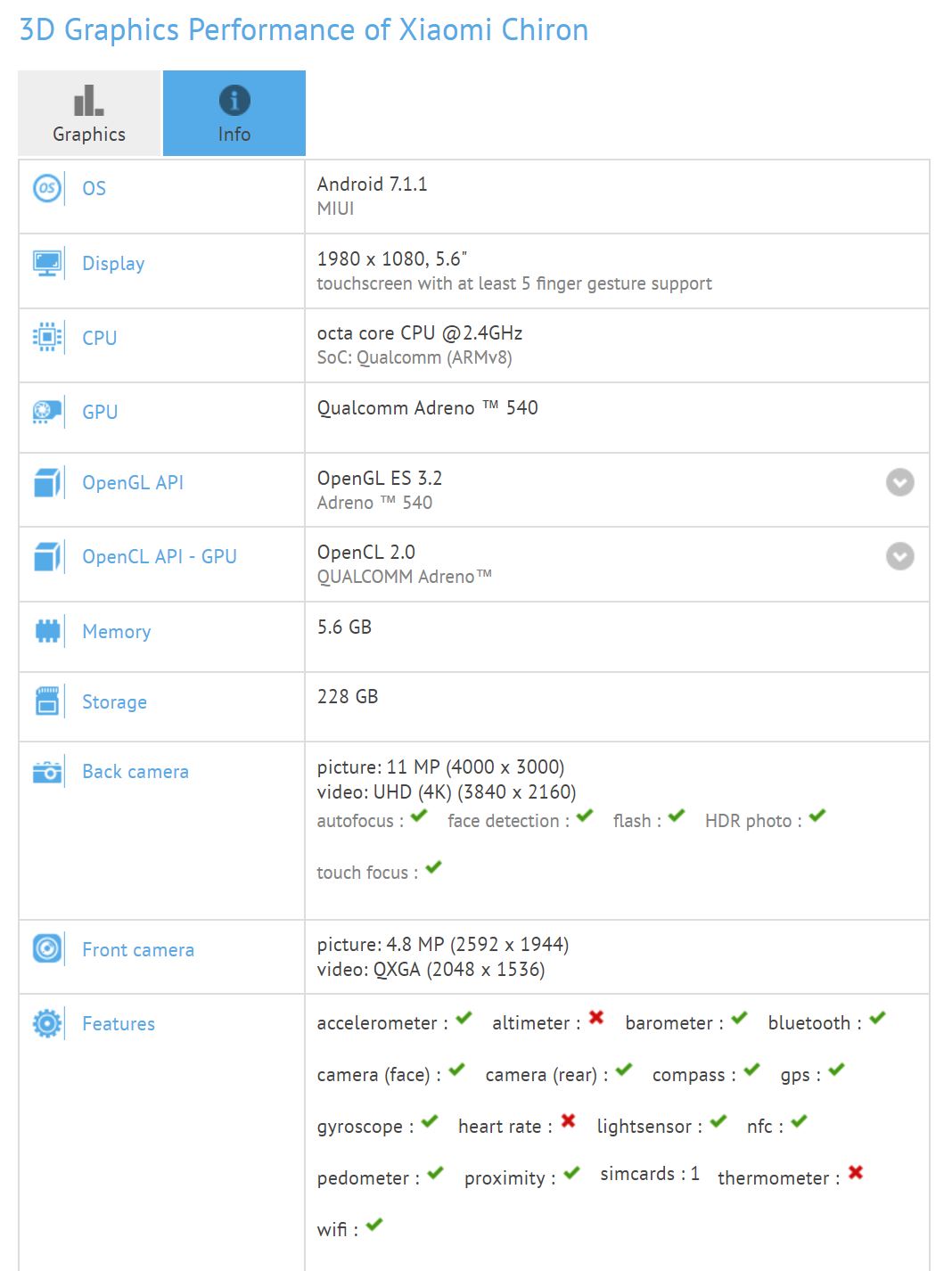 Further, the Xiaomi phone is listed with 12-megapixel autofocus camera and a LED flash in its rear panel. There is a 5-megapixel camera in its front for selfies. The GFX listing shows that the device has connectivity features like Bluetooth, GPS, NFC and WiFi. As per the listing, the device has an accelerometer, gyroscope, light sensor and proximity sensor as well.

Based on the above specs we can expect the Xiaomi Chiron to be named as Mi 6 Plus which was earlier rumoured to be launched with Xiaomi Mi 6. As of now, the exact name of the leaked Xiaomi device in not know, so we request you to stay updated on The Mobile Indian for more updates on this.