The phone will have a front display that will look similar to the Samsung Galaxy S8.

Just yesterday, we reported that Xiaomi Mi Mix 2 was spotted on a GeekBench benchmarking website revealing some of the key specifications of the device. Now a mysterious Xiaomi device codenamed “Chiron” has surfaced online which as per reports is scheduled to be unveiled in the coming months.

According to rumours, the Xiaomi Chiron smartphone will be featuring Japanese Display International (JDI, a partnership between Sony, Toshiba and Hitachi) full active 6-inch display with non-existent bezels, 18:9 ratio and a resolution of 2160 x 1080 pixels. It is also expected to come with 2.5D curved glass on top.

The images of the said smartphone have also leaked online and it shows that the display has extremely thin bezels at the top and bottom edges. The front shows the front camera located at the top right of the device. As per the images, the phone will have a front display that will look similar to the Samsung Galaxy S8. The leak also mentions that the phone could be made available as early as July 25. 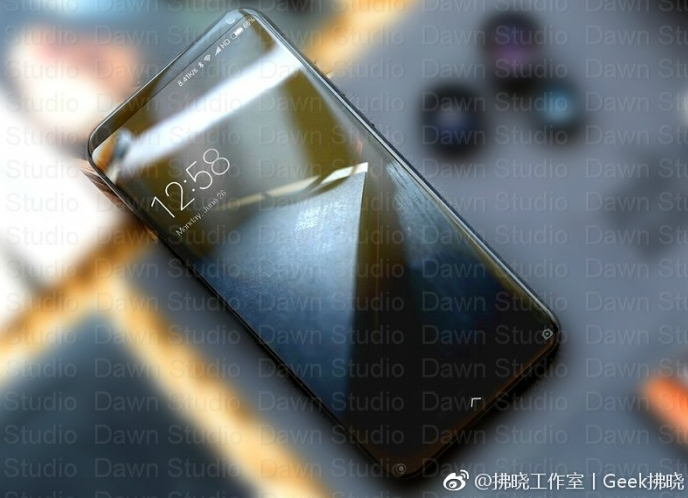 As far as leaked specifications are concerned, Xiaomi Chiron is expected to boast 6GB RAM with 128GB internal memory powered by a Qualcomm Snapdragon 835 chipset. There could be another variant with 8GB of RAM and 256GB of onboard storage. The smartphone is likely to sport a 12-megapixel dual camera setup on the rear and an 8-megapixel front-facing camera.

Currently, Xiaomi is working on the Xiaomi Mi MIX 2 and the Mi Note 3 smartphones. It is expected that the Chiron smartphone might be released as the Mi Note 3. Also as per rumours, Redmi Pro 2 is having a bezel-less 6-inch display, so might be Chiron is Redmi Pro 2. As of now, the exact name of the leaked Xiaomi device in not know, so we would like you to take this information with a pinch of salt as nothing official has been announced by Xiaomi yet.