Why did the Galaxy Note 7 explode? Here is the answer from Samsung 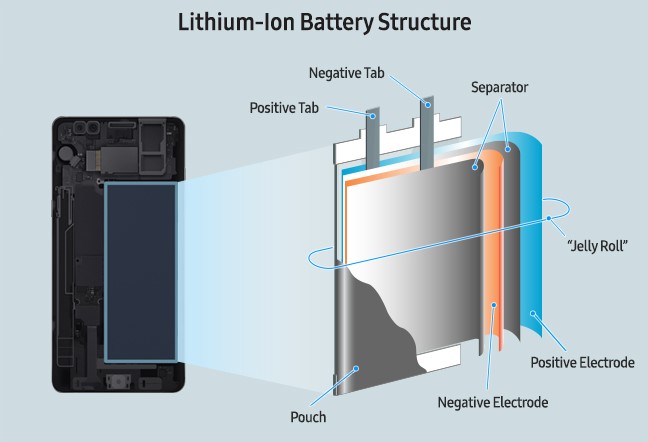 These results also mean that the Galaxy Note 7 is now official dead and we will not see much stories regarding the same in future.

After we reported about the same last week, Samsung is finally out with its detailed investigation of the Galaxy Note 7 fiasco. While a reportbefore claimed that the explosions were caused by an aggressive design, Samsung’s detailed results throw up a different story.

To quickly brief out about the whole episode, Samsung launched the Galaxy Note 7 back in September 2016 in some select countries, soon after which the reports of the device exploding started to pile up. As a result, the South Korean giant recalled the device and promised to roll out replacements as soon as possible. However, the story had to go even longer. The real nightmare bombarded when the news about replacement units getting exploded started hovering over the internet. And this time, Samsung was in deep trouble. Consequently, the company permanently recalled the device and issued a statement about discontinuing the device.The company tried a lot to solve the issue through software but the issue was allegedly due to a hardware malfunction. Samsung reportedly incurred an operating loss amounting to about $5.1 billion for the final quarter of 2016.

Coming back to the investigation, Samsung went in with 700 employees to test about 200,000 Galaxy Note 7 units and 30,000 additional batteries. Further, various third party agencies such as UL, Exponent and TUV Rheinland were asked to contribute to the project as well.

Now to explain, Samsung first launched the Galaxy Note 7 in some of the western markets. The units sold in these markets had batteries manufactured by ‘Samsung SDI’ (named Battery A). On the other hand, the units which were later launched in China had batteries manufactured by some local Chinese manufacturer (named Battery B). So, when the units from western markets started getting exploded, the South Korean giant replaced the affected units with the units sold in Chinese markets. 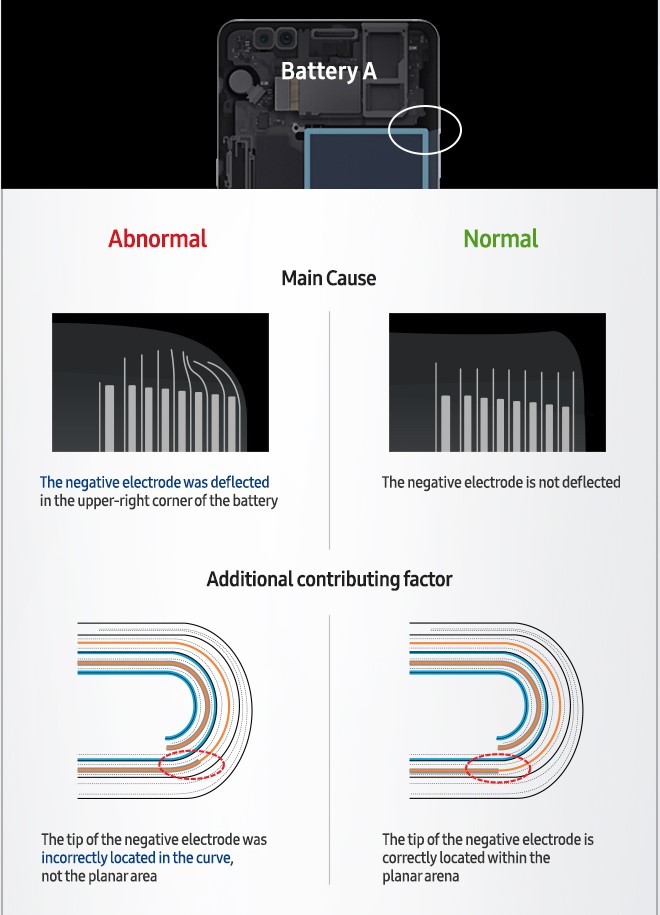 In the case of Battery B (manufactured by local Chinese maker), Samsung went in for a rigorous welding procedure to hike up the production capacity which in turn penetrated the insulation tape and separator present between the positive and negative electrodes.Further, in some units, the insulation tape separating the positive and negative electrodes was missing. 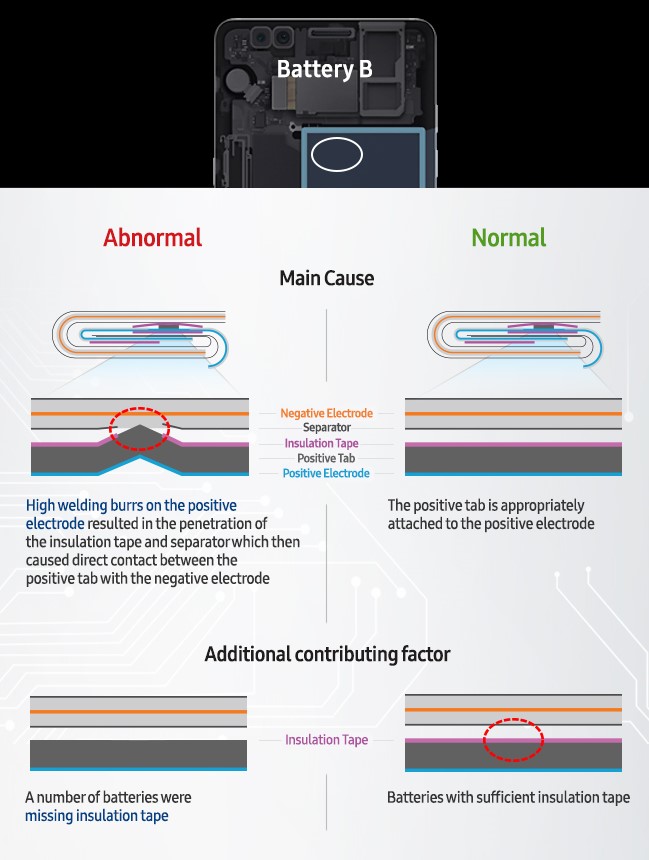 To sum up, while the first time the Note 7 exploded due to a flaw in the entire apparatus of the battery, the issue with the Battery B was due to a manufacturing default. These results also mean that the Galaxy Note 7 is now official dead and we will not see much stories regarding the same in future. However, we will surely keep you updated with all the rumours and leaks about Samsung’s next flagship, the Galaxy S8.