Whatsapp to soon roll out Snapchat like Stories feature in iOS

WABetaInfo tweeted an alleged image of the upcoming feature on iOS

Facebook-owned WhatsApp is planning to add a new feature through which iOS users will be able to photos and videos in the Status with their contacts if the latest leaked image is believed to be true. The feature is similar to Snapchat Stories, which will be disappeared after 24 hours.

WABetaInfo tweeted an alleged image of the upcoming feature on iOS along with the text that read, “Status introduction text updated in WhatsApp beta for iOS 2.17.4+.” The feature has been expected since November 2016. The leaked image also shows that the feature will come with privacy settings as well and there is a high possibility that the update will be soon rolled out. 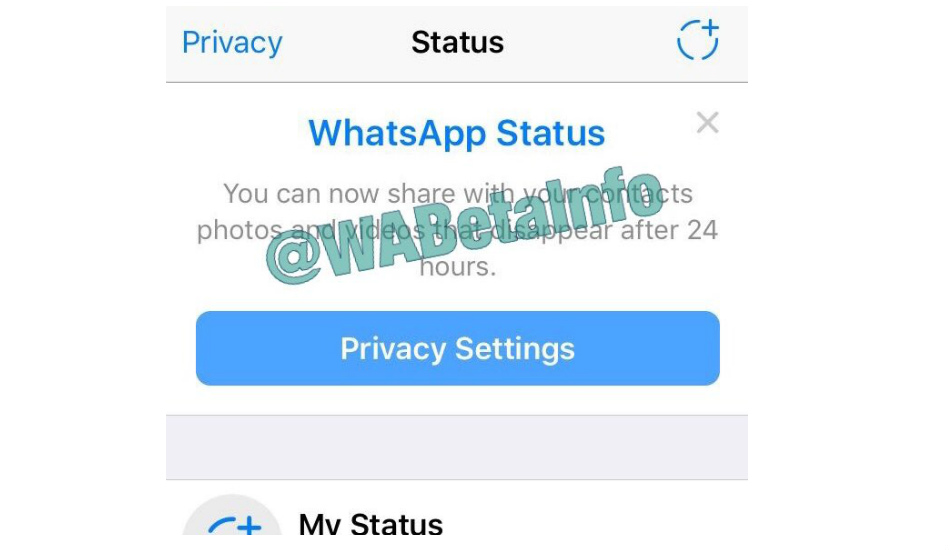 With this, it is now confirmed that Facebook is trying hard to mimic Snapchat. In the past, we have seen many features in its apps like Instagram and Facebook, which are similar to the one used in Snapchat. The most popular one is the Snapchat Stories which the social media giant has bluntly copied to its photo-sharing app, Instagram.

Coming to WhatsApp, the popular messaging app is also reported to be working on a host of new features through which one can track friends, edit and recall messages and more. The feature will allow users to track the whereabouts of group members in real time. The new feature can enable for 1 minute, 2 minutes, 5 minutes or can be enabled indefinitely. This comes in handy when you want to see whether your friends has reached a particular location or not. The feature can also disabled.