The latest feature has been spotted on the latest Android beta version 2.17.163.

WhatsApp is reportedly working on a new feature that will allow users to switch between voice and video calls quite easily. The latest feature has been spotted on the latest Android beta version 2.17.163.

According to a WABetaInfo, the messaging app will come loaded with a new button that will allow users to quickly switch from voice to video calls without stopping the voice calls in progress. The recipient will have an option to reject the upcoming video call as well. 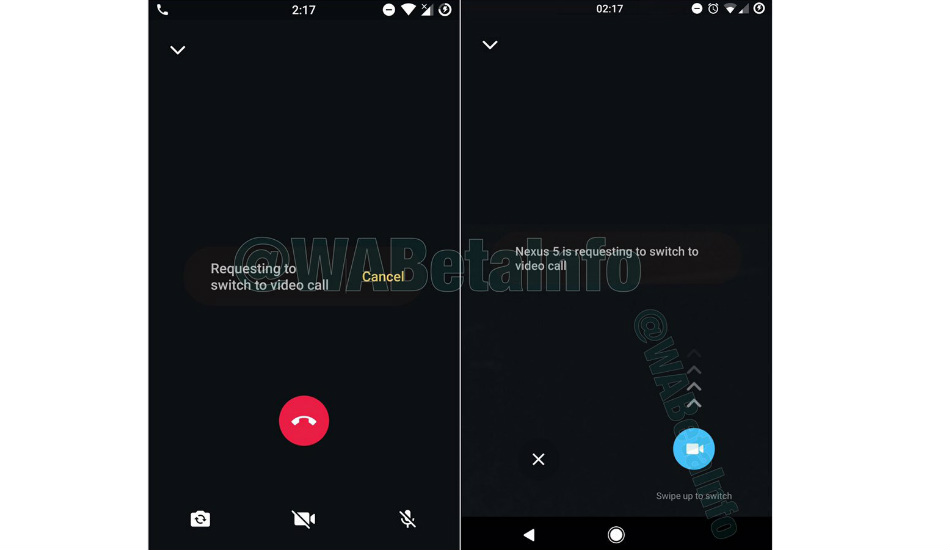 Further, WhatsApp is also testing a feature that will allow users to mute a video call. The report further highlights that these features will be first available in Android followed by iOS and Windows Phone.

Earlier, WhatsApp was reported to be testing a new feature of group voice and video calls in its latest WhatsApp v2.17.70 Beta for iPhone, which is expected to roll out next year. Currently, the WhatsApp allow its users to only make one to one audio or video calls, but with this feature, users will be able to make a video as well as voice conference calls.

Meanwhile, the company is also working on a dedicated app for Apple’s iPads. The references were spotted on the latest version of the WhatsApp desktop app. The WABetaInfo tweeted, “Great news for all WhatsApp users having an iPad device. Our rumour about a WhatsApp for iPad app was real (real like our other rumours as WhatsApp Business and the Facebook infrastructure).” However, it is still not known whether the company will bring a dedicated application for iPads or it will bring a client application like WhatsApp Web.