WhatsApp status can now be shared directly on Facebook

WhatsApp has silently started rolling out the sharing to Facebook feature on WhatsApp for Android version 2.19.258 or higher as well as on iOS.

The chat messaging service has silently started rolling out the sharing to Facebook feature on WhatsApp for Android version 2.19.258 or higher as well as on iOS. While there hasn’t been an official announcement, WhatsApp is hosting an FAQ page to help users know how to share “WhatsApp status updates to other apps”. 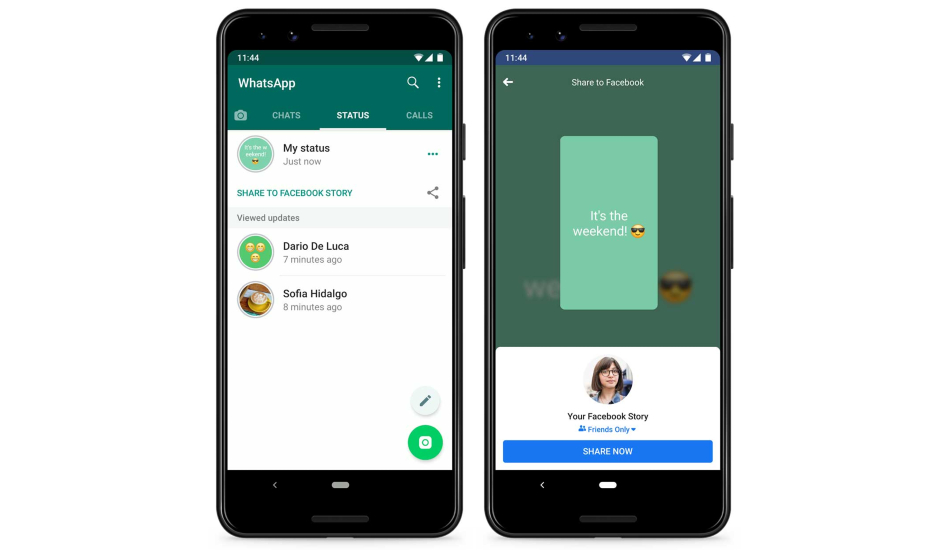 1. Open WhatsApp and create a status.

WhatsApp is also reportedly rolling out a hide mute status feature to the WhatsApp Beta app on Android. The feature will essentially let users hide status updated from contacts that have been muted, says WABetaInfo. When enabled, the feature would show a ‘Hide’ button when viewing the muted status of users.

Besides that, WhatsApp is also testing Facebook Pay right within WhatsApp. The feature is being tested for users in Mexico and will be a new method of payment for Facebook Pay.

WhatsApp Payments to launch by the end of the year: Report