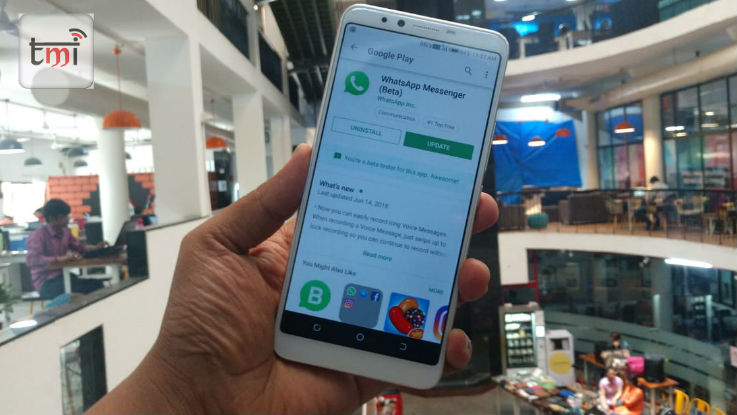 The app has been in beta testing over the last few months and the company reveals about 1 million people are testing the new feature. WhatsApp is working closely with the Indian government, National Payments Corporation of India (NPCI) and multiple banks to expand the feature to masses.

WhatsApp has been testing its Payments services for a while now. The app has been in beta testing over the last few months and the company reveals about 1 million people are testing the new feature.

“Today, almost one million people are testing WhatsApp payments in India. The feedback has been very positive, and people enjoy the convenience of sending money as simple and securely as sending messages,” a WhatsApp spokesperson told PTI.The spokesperson further added that WhatsApp is working closely with the Indian government, National Payments Corporation of India (NPCI) and multiple banks to expand the feature to masses. The messaging app had received permission from NPCI to tie up with banks for financial transactions via Unified Payments Interface (UPI).

Initially, WhatsApp had faced numerous problems for stepping up the payment feature for the Indian market. Paytm founder Vijay Shekhar Sharma alleged that WhatsApp’s payment services were not secure for the users. Further, the Reserve Bank of India mandated that all payment related data should remain in the country and gave a six-month time frame to the tech giant for compliance.

Moving on, the sources then revealed to PTI that the ministry of electronics and IT has asked NPCI to keep a check on WhatsApp payment service is in line with RBU rules. Further, WhatsApp had stated that the sensitive user data such as the last 6 digits of thedebit card and UPI PIN is not stored on its server.

However, the brand revealed that it is using Facebook infrastructure for the service. “Facebook processes UPI transaction data as a service provider for WhatsApp, and does not use WhatsApp payments transaction data for commercial purposes,” the spokesperson clarified.