WhatsApp Avatars could be arriving soon, could take inspiration from Facebook 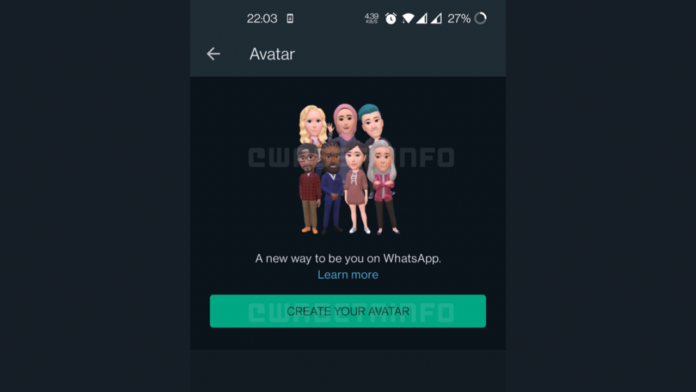 WhatsApp works on multiple features at the same time and the latest one to be uncovered is called Avatars. WhatsApp is working on a new way using which one will be able to represent themselves on the app. Avatars are already available on a bunch of other social media apps such as on Snapchat.

WABetaInfo has uncovered that WhatsApp is working on bringing Avatars to the app and moreover, you may be able to use an avatar as a mask while placing video calls. The same functionality has been seen on Facebook Messenger as well. Further, it will also be possible to use your avatar as a sticker on the app.

The feature tracker also shared a screenshot where there is a header image at the top of the section which suggests that the avatars available on WhatsApp are taken from Facebook. You will be able to customize your avatar to be used as a sticker to share with your contacts. As the feature is under development, there’s no news as to when it will be released to users.

One can start the chatbot by sending a “Hi” to the Sirona WhatsApp Business Account on +919718866644. The brand says that the Period tracker can be used to track three goals – track periods, conceive, and avoid pregnancy