WhatsApp is adding more features to its app. 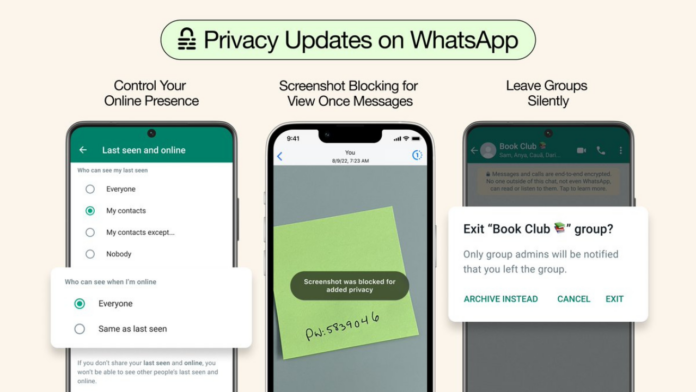 WhatsApp has been focusing on privacy oriented features for its app and it has now announced a bunch of new features for added privacy of users. The new privacy features on WhatsApp include screenshot blocking in certain discussions, changing online status visibility and more.

The new features were announced by Mark Zuckerberg via Facebook and WhatsApp CEO on Twitter. First, the app is adding a feature where you can now block screenshot messages on View Once messages as another protection against the content from being shared beyond the intended recipient.

Further, in a recent report, it was revealed that WhatsApp could be working on Avatars feature. Moreover, you may be able to use an avatar as a mask while placing video calls. The same functionality has been seen on Facebook Messenger as well. Further, it will also be possible to use your avatar as a sticker on the app.

We also got to take a look at a screenshot where there is a header image at the top of the section which suggests that the avatars available on WhatsApp are taken from Facebook. You will be able to customize your avatar to be used as a sticker to share with your contacts. As the feature is under development, there’s no news as to when it will be released to users.