What are Progressive Web Apps which Paytm is taking about via Mini App Store? 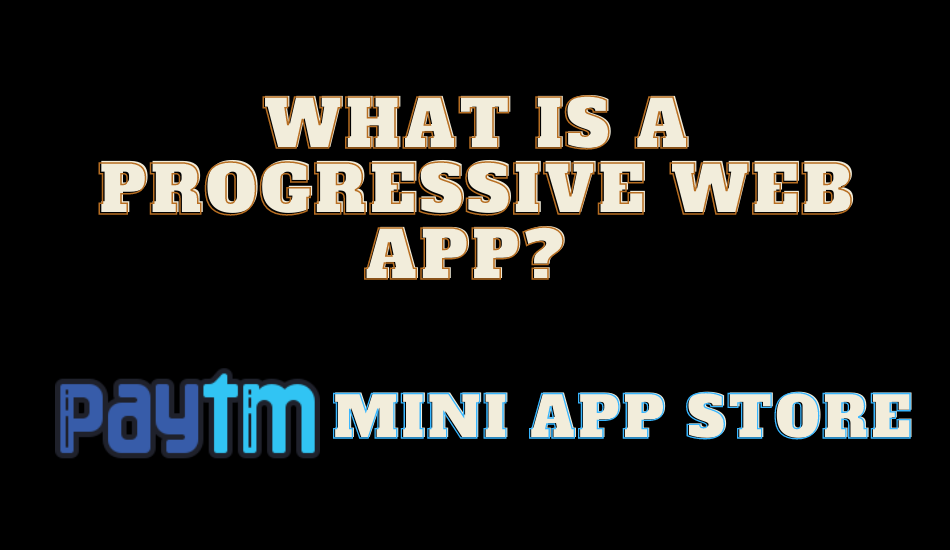 Will Paytm be able to change the mindset of people and make its own place amongst the existing app stores with its own mini app store?

Paytm’s Mini App Store had been unveiled a few days back and today the company held its first virtual developer conference. Vijay Shekhar Sharma, CEO and founder of Paytm, at the conference, announced a Rs 10 crore investment fund for mini-app developers in the country.

This investment means that Paytm is looking forward to developers who will build more Progressive Web Apps (PWA) for the Paytm Mini App Store, and a build-up towards Paytm’s ultimate goal, to replace Google Play Store. But will it succeed with just a Rs 10 Crore funds which is almost peanuts in front what players in the apps ecosystem put into developing and improving their ecosystem? CanPaytm’s new app store pose an immediate challenge to Google Play Store? these are some of the questions that still remains unanswered. 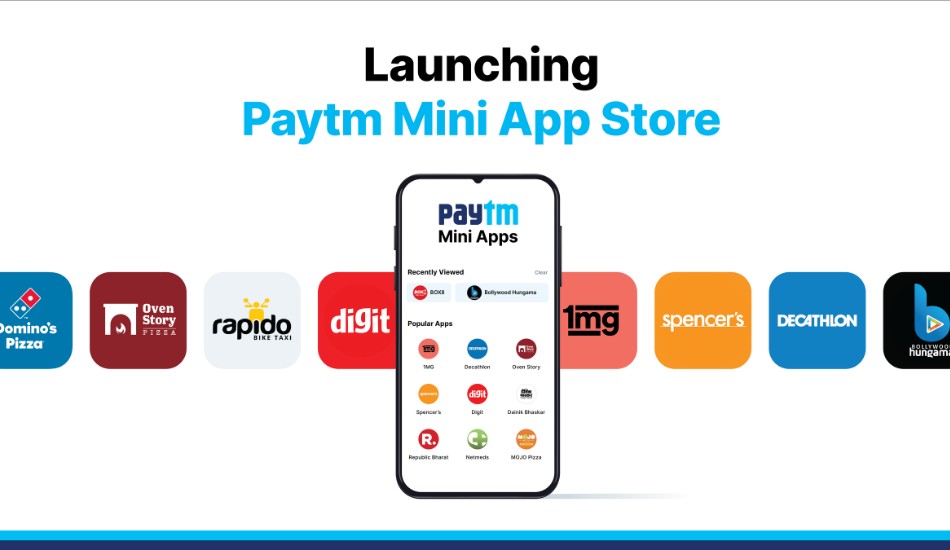 What is Progressive Web Apps?

Let’s first look at what are PWAs. Progressive Web Apps is an application that is built using common web technologies including HTML, CSS and JavaScript. These website-cum-apps are designed to give you an app-like experience, but are originally web pages of the same apps.

A PWA is different from a native app. A native app has to be developed and submitted to a store like the Play Store or App Store for people to access them. Or if the brand is popular enough, they can provide an APK file to the users. That said, this means that when you develop a native app you have to submit it for consideration to one (or more) of the device app stores you want it to appear on.

PWA on the other hand saves you from the headaches of approvals. These web apps run right from within the mobile device’s browser. So what Paytm is trying to do is, create a store for these PWAs so people can access them without downloading an app. A decent idea, but with its own limitations which we talk about a bit later.

PWAs have been a part of this world for very long. To recall, Flipkart, which is one of the largest e-commerce websites, turned their website into Flipkart Lite (a PWA) back in 2018 to provide a better user experience for their website.

Paytm’s mini-app store: Is there any motive behind it?

The question that now arises is why Paytm is going with the PWA app store now, even though they have been available since so long. PhonePe, Flipkart, and many others have used PWA almost 2 years back as I mentioned above. Is there a motive behind this move which is a result of the fight with Google, or is it really a move that is considered for the benefit of the users? Also, one must keep in mind Google play store has played a role in the success of Paytm app since the time it has been launched and even the WPA links they plan to push will be via Paytm App which is hosted of Play store and Apple store.

Apart from that Paytm says listing and organic visibility of PWA is free but one has to pay additional amounts for discovery via ads on Paytm. So it seems Paytm is looking at Mini App Store as an additional source of revenue. At present, we can’t comment if it is a move to strengthenAtmanirbhar Bharat Abhiyan or create an additional revenue stream.

Using PWAs have their own advantages and disadvantages at the same time. One such advantage is cross-platform availability. While developers of native apps create applications for a single OS on which they can focus mainly, PWAs are left on the browsers to worry about regarding how to show the app on the browser. But this approach also helps the apps to reach out to more consumers as almost all the browsers today have PWA support.

PWA might have a better reach, faster loading times, and a memory and data saver, a native full-fledged application offers a better user experience overall. With animations, better UI, and better security within the app, a native app provides you better features even if it costs you more data.

Another disadvantage is the availability and selection of apps and games. For example, you can’t play a full-fledged game through a PWA (at least for now). If you have to play a game, you need to download it from the Play Store or App Store. Secondly, the variety of apps that are available on Play Store, is a number which Paytm won’t even be able to touch anytime soon.

Read more: Whether the Paytm Mini App Store is really an app store

Even though PWAs have been present since a long time, people don’t have much knowledge about them since the only aspect that comes into a user’s mind when one thinks about an application, is to download it from the stores of their respective OS.

While Paytm’s idea to put a bunch of PWAs together into a store is decent which will help a consumer get variety of options in one place and Paytm might be able to change this mindset with the introduction of their Mini Apps store but it would have to take a lot of effort and advertising from the company as Play Store and App Store are already established and have made their way into people’s mind.

They would have to overcome the limitations of a store that does not have native, but progressive web apps. We have a few examples of stores like Aptoide that have full-fledged apps within them but their reach is very less.

Will Paytm be able to develop its own Mini App Store and replace the existing stores in India? Only time will tell.