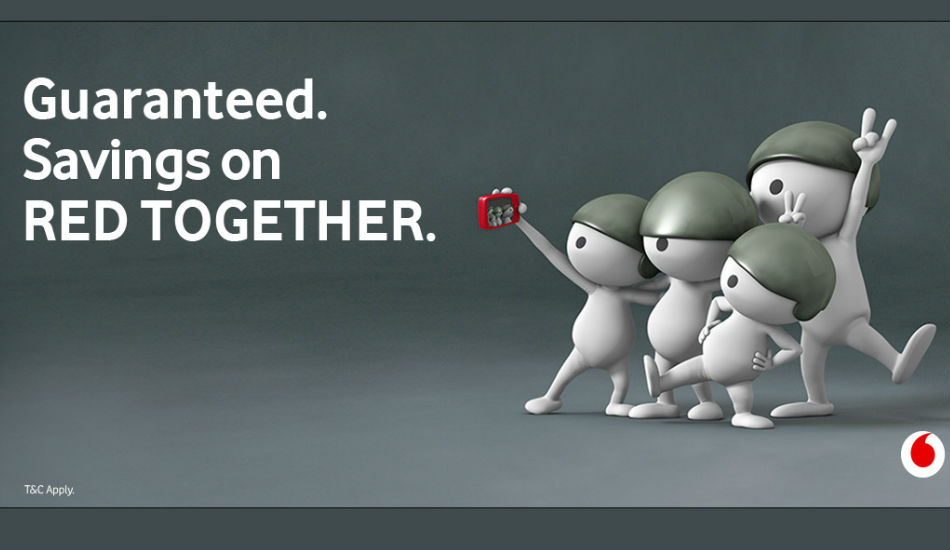 Vodafone India, following Airtel’s lead, has announced the launch of its new offer known as Red Together for its Red postpaid plans. Consumers on any Red postpaid plans, starting with Red Basic at Rs 399 can avail this benefit.

Under this offer, different users can club together their respective Red postpaid plans to get savings up to 20 percent on the total rental of the group and up to 20GB extra data benefit. Further, users will get an option to make a single payment for the group under one bill.

The offer is similar to Airtel’s Family Promise programme. Under this offer, postpaid customers can create customised plans for the family by adding multiple postpaid connections to their account and one can also enjoy saving up to 20 percent. Users can also pool and share their data benefits across all connections.

However, unlike in Airtel where you can only add family members, in Vodafone Red Together plan users are allowed to bring together their friends and/or devices as well. But, other than this, you get almost similar benefits.

This is not it, Vodafone recently took leaf out of Airtel’s book by introducing data carry forward facility under certain postpaid plans. Besides, users will get free national roaming, up to 12 months free Netflix subscription, free Vodafone Play access and free Magzter access. The offer is available for RED Traveller, RED International, and RED Signature offerings.

The three international plans come with rental of Rs 1299, Rs 1699 and Rs 1999 and come with 75 GB, 100 GB and 125 GB monthly data respectively. Users can carry forward up to 200 GB of data. However, this offer is not available in Andhra Pradesh, Madhya Pradesh, Bihar, Jammu & Kashmir and Himachal Pradesh circles.