Vivo Z1X to be launched in India on September 6, will be Flipkart exclusive 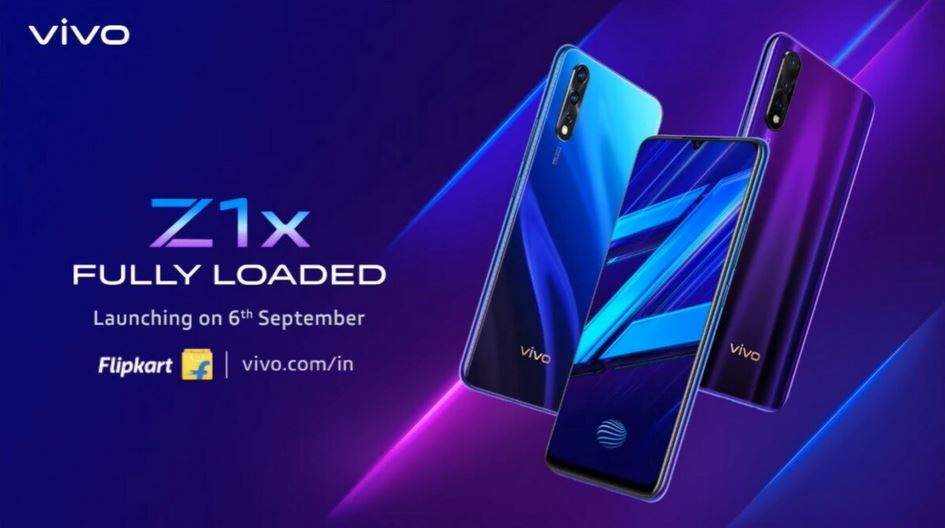 Vivo Z1X is likely to be launched in India in the first week of September and is expected to be priced under Rs 20,000.

Vivo has today announced that it will launch Vivo Z1X in India on September 6. The phone will be exclusively available on Flipkart upon its launch in India.

The company said that “Vivo announced the continuation of its partnership with India’s leading e-commerce platform Flipkart to bring its latest smartphone Z1X under the Z-series product portfolio. Vivo further notes. The #FullyLoaded smartphone will be a complete package with best in category features to fulfill the dynamic needs of performance oriented users. The Z1X is designed for consumers that are performance oriented and love playing heavy density games on their handset.”

As per an earlier report, the upcoming Z-series smartphone is expected to be priced under Rs 20,000. It will come with an in-display fingerprint sensor. It is to be noted that Vivo Z1 Pro features a fingerprint sensor on the back panel.

No other details have been revealed just yet but it is said to be a re-branded version of the Vivo Z5 smartphone launched in Chinain July this year. Vivo Z5 features a 6.38-inch Full HD+ AMOLED (2340 x 1080 pixels) display. It is powered by a Qualcomm Snapdragon 712 processor along with Adreno 616 GPU.

The Vivo Z5 runs on Android 9.0 Pie operating system with Funtouch UI layer on top of it and backed up by 4,500mh battery that carries support for 22.5W fast charging. The phone has a triple rear camera setup with 48-megapixel as a primary sensor with f/1.8 aperture, a 120-degree 8-megapixel ultrawide sensor with f/2.2 aperture and a 2-megapixel depth sensor with f/2.4 aperture. On the front, it has a 32-megapixel sensor with f/2.0 aperture for selfies.