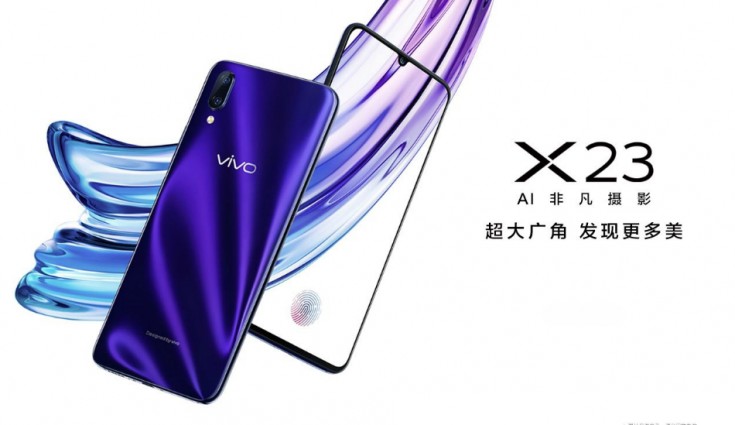 The screen will have a 91.2 percent screen-to-body ratio and the phone will have fourth-generation under-display fingerprint sensor

Vivo X23 is all set to launch on September 6 in China at a launch event at 19:30 local time in Beijing. Now ahead of the launch a presentation slide has been leaked online revealing its all the key specifications.

The presentation slide has been revealed by a Weibo post via Playfuldroid. As per the leaked presentation, Vivo X23 will feature a 6.41-inch Super AMOLED notched display with a resolution of 2340 x 1080 pixels and 19.5:9 aspect ratio. The screen will have a 91.2 percent screen-to-body ratio. 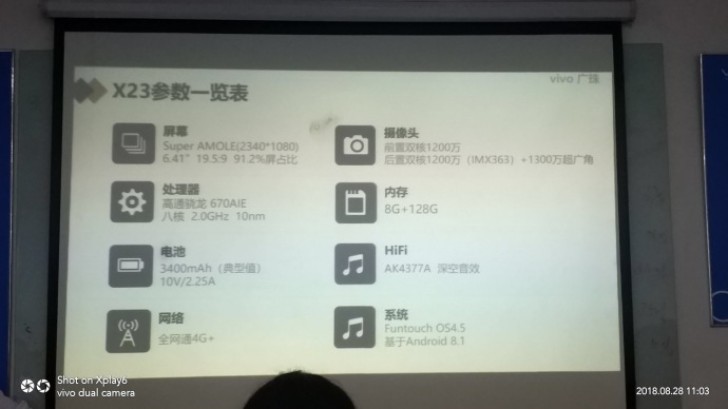 It will be powered by 2.0GHz Qualcomm Snapdragon 670 processor which will be coupled with 8GB of RAM and 128GB of internal storage. The smartphone will run Android 8.1 Oreo topped by the company’s Funtouch OS 4.5. It also features AK4377A audio chip, the leaked slide reports.