The Vivo V9 is likely to be the successor to the Vivo V7 which was launched in India last year in November for Rs 18,990.

Vivo is all set to launch Vivo V9 smartphone in India on March 27. Now ahead of the launch, a couple of live images of the Vivo V9 have been leaked online.

A Malaysia-based website Amanz.my has leaked the images of the upcoming Vivo V9. As per the images, the Vivo V9 will feature a rear dual camera setup with a LED flash. The cameras are aligned vertically which is similar to the iPhone X setup. The Vivo V9 will be featuring a full-screen display with 18:9 aspect ratio and a notch on the top. The notch is placed in the top center in one of the images leaked. 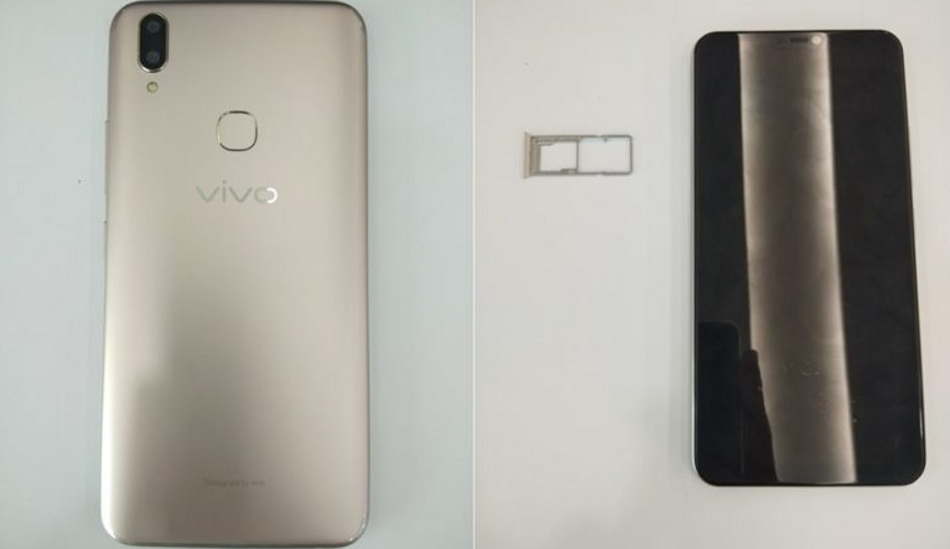 The fingerprint sensor is placed at the back of the device because of thin bezels. The power button and volume rocker are placed on the right side of Vivo V9. Other features include a dual SIM slot, 3.5mm headphone jack, micro USB port. The phone has an all-metal build with barely visible antenna lines.

Vivo has already sent the media invites for the launch event to be held on March 27 in India. The Vivo V9 is likely to be the successor to the Vivo V7 which was launched in India last year in November for Rs 18,990.

Not much on the specifications of ViVo V9 are known at the moment. As per reports, Vivo V9 will be featuring a 24-megapixel front-facing camera. It is expected to be priced around Rs 25,000 in India.