Vivo V20 SE to be announced on September 24 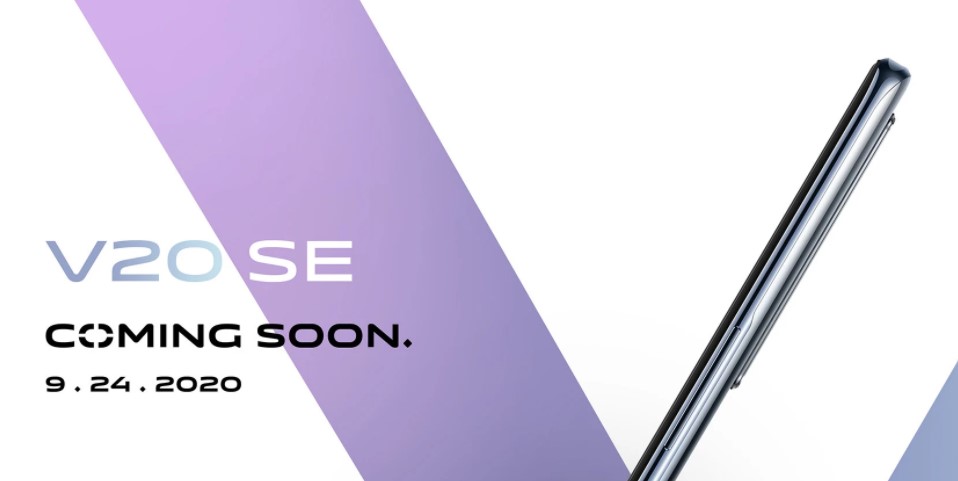 After teasing Vivo V20 SE yesterday, Vivo has now confirmed that Vivo V20 SE will be announced on September 24.

Vivo has today officially confirmed that the upcoming Vivo V20 series phone will be made official on September 24. The landing page of the Vivo V20 SE on the Vivo Malaysia website has announced the launch date.

The page does not reveal much details for the upcoming phone. It only reveals that the phone will arrive with support for Super Night mode and Flash Charge technology.

As per a render leaked, Vivo V20 SE will come in Black colour, however as per official poster shared by Vivo Malaysia the phone might come in vibrant colour variants. It will be equipped with triple rear cameras.

Vivo V20 series is likely to include three models such as Vivo V20 SE, Vivo V20, and Vivo 20 Pro. The Vivo S20 SE is expected to be the cheapest phone in the Vivo V20 series.

The Vivo V20 SE was recently spotted in a Geekbench listing bearing the model number Vivo 2022. As per the GeekBench listing, Vivo V20 SE will be equipped with an older Snapdragon 665 SoC. The phone will feature 8GB RAM and it will run Android 10 out-of-the-box.

On Geekbench 5.2, the device scored 316 points and 1,377 points respectively for its single-core and multi-core performance tests. An earlier China Quality Certification (CQC) certification of the device has revealed that it carries support for 33W fast charging.