Vivo V17 Pro confirmed to launch in India on September 20 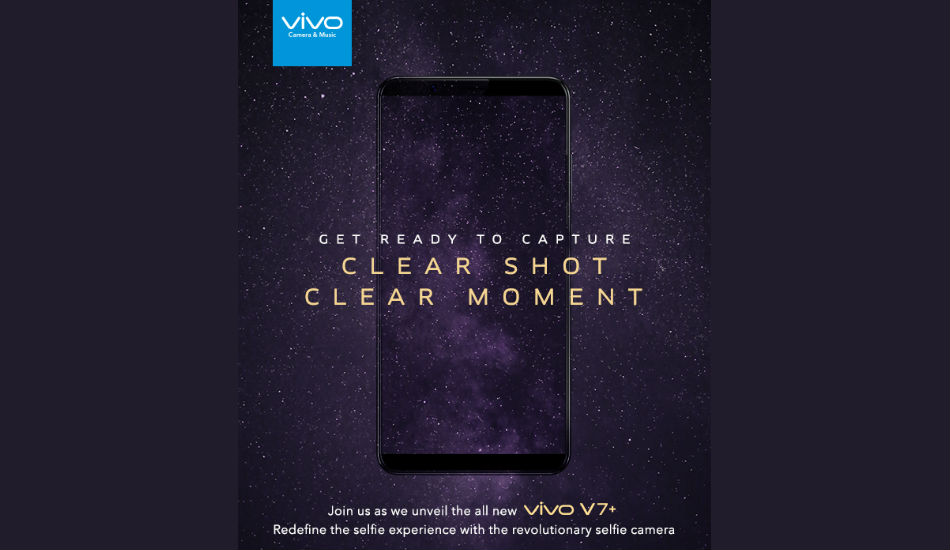 The company has officially revealed that it will be launching the latest smartphone on September 20.

We exclusively reported that Vivo will launch the much-rumoured smartphone, the Vivo V17 Pro, in India in the third week of September. Now, the company has officially revealed that it will be launching the latest smartphone on September 20.

The company has started sending out media invites for the launch event on Vivo V17 Pro, which is scheduled to take place in New Delhi at 11:15 AM IST. The invite also confirms that the smartphone will feature a pop-up dual-selfie camera.

Vivo has been teasing the launch of Vivo V17 Pro for a while now. Recently, the phone’s key specifications and renders were leaked online leaving little to the imagination. The specifications include a quad-camera setup at the rear panel, which comes with a combination of 48-megapixel primary lens with f/1.78 aperture, an 8-megapixel 120-degree ultra wide-angle lens, a 2-megapixel depth sensor and a 2-megapixel macro lens.

For the front, the phone will be loaded with a dual-selfie camera that will be housed in a pop-up selfie mechanism, making it a first from Vivo to boast such feature. The dual-selfie cameras come with a 32-megapixel primary lens with f/2.0 aperture along with a 2-megapixel depth sensor.

Vivo V17 Pro is equipped with a 6.44-inch Full HD+ Super AMOLED display with a screen resolution of 2440 x 1080 pixels. The smartphone is said to be powered by the 2GHz octa-core latest Qualcomm Snapdragon 675 processor along with Adreno 612 GPU. The phone will be equipped with an in-display fingerprint sensor.

It will be backed by 8GB of RAM and 128GB of internal storage and there might be an option to expand the storage. The Vivo V17 Pro runs on Android 9.0 Pie, which will be based on FunTouch OS 9.1. On the battery front, it will feature a 4100mAh battery with fast charging support. Connectivity options include dual 4G VoLTE, NFC, Bluetooth 5.0, WiFi, 3.5mm audio jack, FM Radio and USB Type-C port.