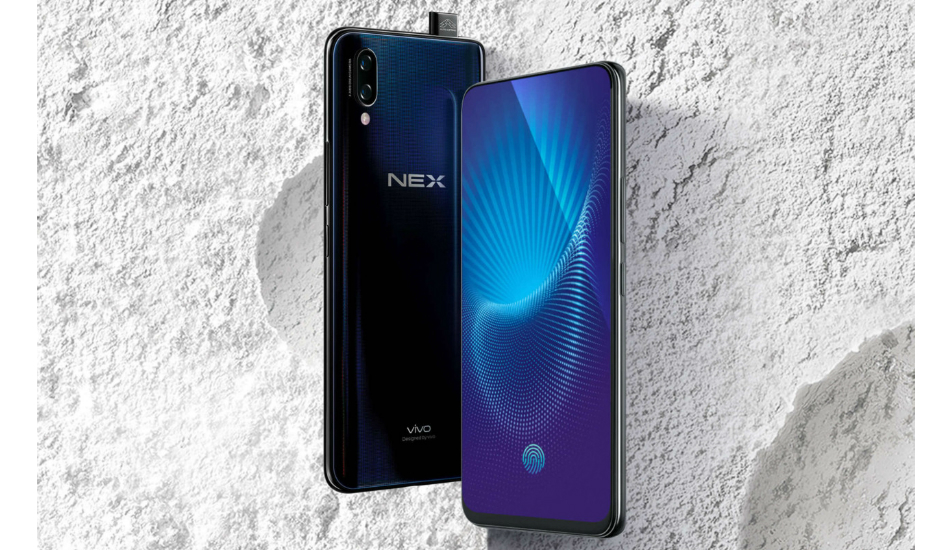 Vivo NEX comes in three variants two of which are powered by the same Qualcomm Snapdragon 845 chipset and 8GB RAM. The only difference between the two is the internal storage which is 128GB and 256GB in the Vivo NEX S. The cheapest NEX A device comes in with a Snapdragon 710 SoC with 6GB of RAM and 128GB of storage.

At an event in China, Vivo launched the much-awaited NEX smartphone which is production variant of the Apex concept phone that was showcased back at the MWC 2018. The device comes in three variants – NEX S with 128GB storage option and 256GB storage variants and a much affordable NEX A with Snapdragon 710 processor.

The NEX smartphone, as expected, comes with a 6.59-inch Super AMOLED Ultra FullView “Zero Screen” display with a resolution of 2,316 x 1,080 pixels and a screen-to-body-ratio of 91.24 percent, which is the most in any smartphone yet. the bezels amount to 2.16mm at the top, 1.71 mm bezels on the edges meaning there are no visible bezels on the edges as well as the top while the bottom edge retains a minimal chin. 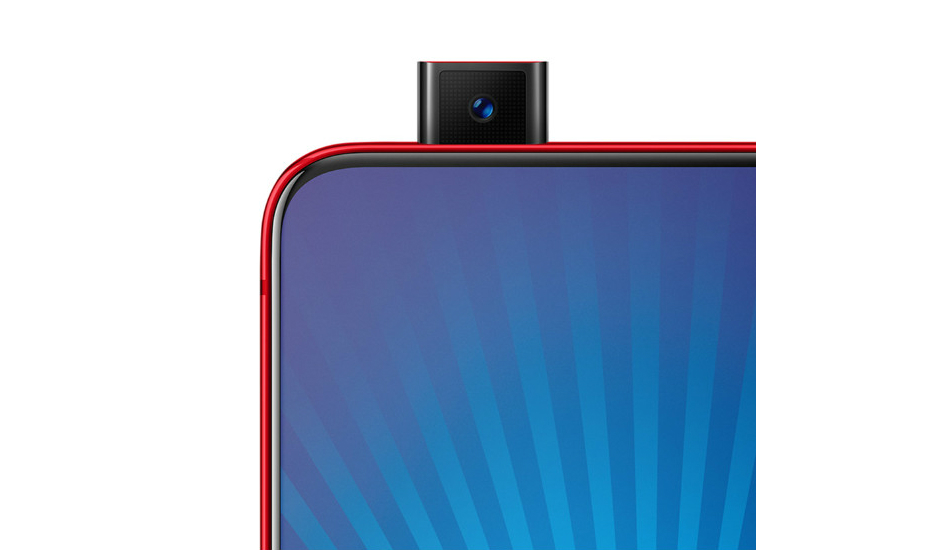 All sensors are hidden under the display as the device uses a Screen SoundCasting technology that vibrates the screen for delivering sound instead of an earpiece. The 8-megapixel selfie camera f/2.0 aperture is hidden under the display panel and only ‘pops’ up when asked to, literally. Vivo says it makes do with a set of micro-stepping motors with independent ICs to precisely move its camera to and fro.

There’s a light sensor at the bottom of the screen which uses an algorithm that compensates ray data for ambient lighting while the infrared sensors surprisingly find its way to the top. The Vivo NEX also features a third generation in-screen fingerprint scanner which the company claims to 10 percent quicker to respond with 50 percent better precision than its preceding technology.

On the imaging front, there’s a Sony IMX363 12-megapixel sensor with an aperture of f/1.8, 4-axis optical image stabilization and 1.4μm pixel size which is coupled with a secondary 5-megapixel lens of f/2.4 aperture. Vivo has partnered with Unreal, Tencent, and NetEase to devise a Vivo GameEngine for providing an immersive gaming experience through software and hardware optimizations. In terms of audio, the NEX comes with a 7.1-channel 3D dtsX audio with Hi-Fi SiP for high fidelity music when plugging in an earphone.

The Vivo NEX comes in three variants with the two higher-end models powered by the same Qualcomm Snapdragon 845 chipset with an Adreno 630 GPU and 8GB RAM. The only difference between the two is the internal storage as the cheaper model employs a 128GB storage while the most expensive variant makes do with a 256GB onboard storage. These two models are named the Vivo NEX S. 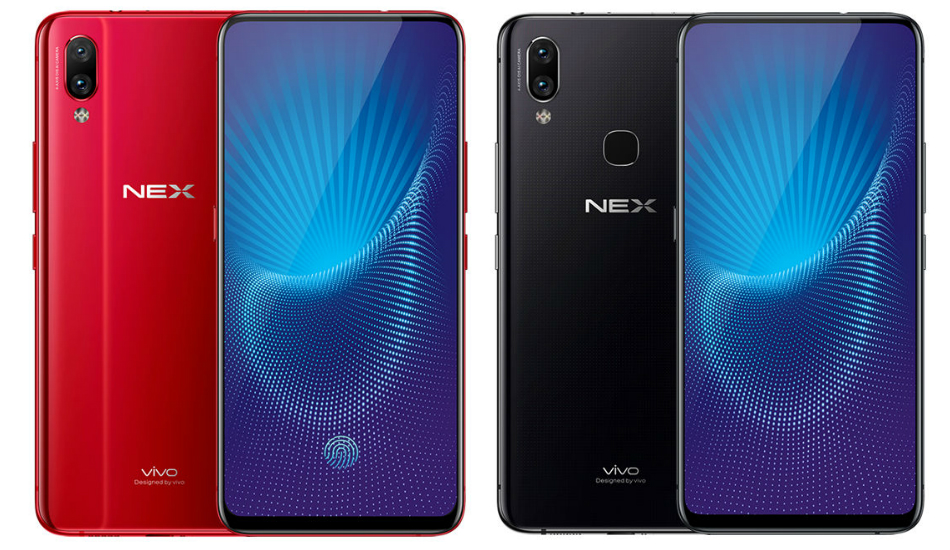 The cheapest of the three is called the Vivo NEX A which is powered by the recently launched Qualcomm Snapdragon 710 chipset with an Adreno 616 graphics unit. There’s 6GB of RAM and 128GB of internal storage.

All three variants run on the latest Android 8.1 Oreo with the company’s Funtouch OS 4.0 on top and a 4,000mAh battery which supports 22.5-watt quick charging. The device comes with Dual 4G VoLTE support with WiFi (2.4/5GHz) MIMO, Bluetooth v5.0 LE, GPS, GLONASS and a USB Type-C port for data and charging. Vivo is bringing its own Jovi voice assistant that works on AI to learn a user’s behaviour and deliver functionalities like map reading, translation, scanning and screen recognition. There’s a dedicated button that triggers Jovi AI for easier access to AI features.