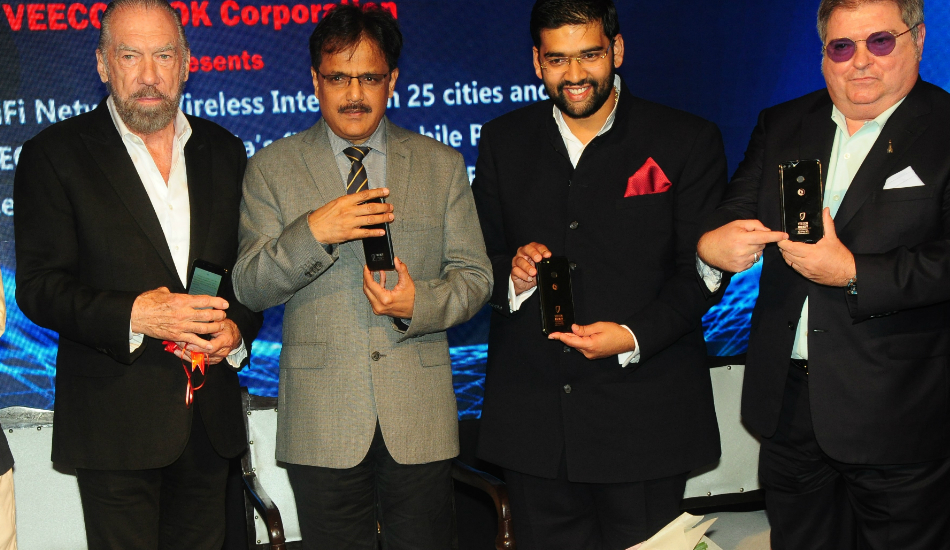 VEECON ROK Corporation unveiled the City Wide Wi-Fi Network, to be established in 25 cities across India. The move comes in line with Government of India’s digitisation efforts to provide internet access to every Indian. City Wide Wi-Fi Network will thus offer internet access across large portions of India and will be operated in association with BSNL.

The ROKiT mobile series will be bundled with BSNL SIMs and will be sold through BSNL outlets from the first quarter of 2019.

Commenting on the launch, VEECON ROK Chairman, Gaurav Kumar Srivastava said “The ROKiT range of phones are going to revolutionise the smartphone business the country as these are backed by the rich technological prowess of NASA Engineering. The unique feature of the 3D mobile phone is you don’t need to wear 3D eyeglasses to use it.” He added “The City Wide Wi-Fi Network of 25 cities is in sync with our smart city Initiative and would be taken ahead with our Superior technology to drive this. The amalgamation of BSNL’s reach across the country and our cutting-edge technology is certain to be a game changer in the business of running a city. For this project, we plan to invest $5 bn in the next three to five years”.

BSNL MD, Anupam Shrivastava said “I am pleased to be here at the launch of City Wide WiFi project for 25 cities. This is indeed going to be a landmark initiative towards providing internet to every Indian, quite in sync with the government of India’s Digital India programme. In the wake of arguably cutting edge technology and government initiatives, we are also pleased to associate with an emerging player like VEECON ROKiT and roll out this new range of mobile handsets”.