Wired earphones are not super fashionable and trendy and they might sometimes seem bulky and trip you over, but they work and sound brilliantly even now. 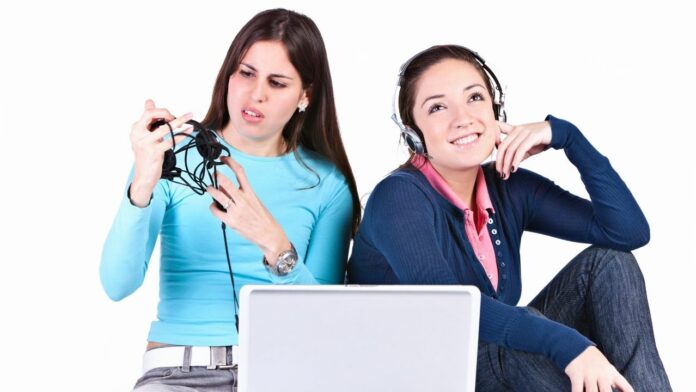 It was the company that seemed to have made wired headphones useless. And then it reminded us of just how important they are. Yes, Apple did both.

A few years ago, it shocked the world by first getting rid of the traditional headphone jack and then by introducing totally wireless earphones, the AirPods. And just as we were getting used to the idea of a wireless audio world, Apple gently reminded us that if we wanted to hear Apple Music in a truly high definition lossless format, we would need wired earphones!

And that reminded us why using wired headphones or earphones STILL makes sense. Yes, the hype around truly wireless earbuds is very real. Ever since Apple introduced the AirPods back in 2016, everyone wants their hands on pair and it does not come as a surprise that not only audio brands but most smartphone brands have boarded this completely wireless earbuds train.

But while some might call it a technological marvel to have these buds doing all things regular, wired earphones do but without wires, we would advise you to hand on to the good old wired earphones for a while.

Before you brand us as Amish, hear us out.

We know the world has some special hatred towards wires (even though they basically run all things technology and then some around the world) and wishes to eliminate the existence of these “evil technological snakes” from our lives. And well, at one level it does seem to make sense.

Detangling wired earphones is a process that has tested the patience of even the most monk-minded of people and it’s not just patience that tangling has a negative impact on. It also reduces the shelf life of wired earphones making them more prone to snapping. And then there is the simple matter of freedom that you obviously get with a wireless experience as opposed to a wired one, which basically ties you down (pun intended) to a connected device.

You can also trip over them, bringing down and sometimes damaging not only yourself but the (often expensive) device they were connected to. And then, truly wireless are more trendy, in fashion and just more acceptable in today’s world.

But even with all these negatives, we still think wired earphones have a place in our audio world. Let’s start with the simple fact that if and when they fall out of your ears, they generally do not fall straight onto the ground and break. Unlike totally wireless ones.

No matter what brands might tell you and no matter what kind of TWS earbuds you might buy unless they have a hinge around them that physically clips on to your ears, be sure that the freedom these truly wireless earbuds promise to come with a cost. And that cost them falling out of your ears casually every now and then.

Brands claim you can run with them, work out with them, dance with them or walk on buildings with them (Apple had an ad on similar creative, hypothetical lines) and still these wire-free buds would stay put in your ears but take it from us, be ready for frequent falls if you are doing something movement heavy, they are likely to take a fall or two in the process.

And because they are so wire-free, there is nothing saving them from hitting the ground and potentially getting broken in the process.

There’s more, these wire-free earbuds come with extra baggage – a case. These cases are not just meant to carry these earbuds around but in almost all the cases (pun not intended) they also act as a charger. So you cannot just ditch the case and keep the buds with you. This also means you have one more thing to charge, something which is not a problem with wired earphones.

Just pick them up, plug them and go about your day. They need no charging at all!TWS can also be rather easy to lose – they are so small (which is why keeping them, in that case, is a must, which again means you have to carry that case around!).

The small size also means that you have tiny controls to manage on them, and believe us, they are a pain to handle and get used to (they also do not always work the way they are supposed to.

No such issues in wired headphones – the controls are generally large buttons on the ear cups or if you are using buds, you get a handy control panel, and sometimes all the controls are on the connected device itself too!

Incidentally, there is plenty of chance of your Bluetooth connection dropping while you are using Bluetooth headphones or TWS – no chance of losing your connection on a wired headphone, as long as the wire is intact.

Last but not the least, as Apple reminded us, there is the audio quality. While there have been some significant improvements in the audio quality of wireless audio buds, they simply cannot compete with a wired experience.

And there are sound technological reasons for this – there is only so much data you can send over the air as compared to over wires, which means a wired earphone or headphone is likely to have much better sound quality than its wire-free rivals of the same or even greater price.

What’s more with decent wire headphones you do not need to worry as much about supported formats as you do with wireless ones – no worries about aptX support or latency during gaming.

Want a simple example – our sub Rs 10,000 AKG 371 sound better than the Rs 20,000 AirPods Pro, are unlikely to break if they fall, are unlikely to hit the ground if they fall off our ears, need no recharging, can be just thrown into a bag and taken along and will work with any device with a 3.5 mm audio jack.

So yes, if you are concerned about audio quality, ease of use and sheer convenience, we would advise you against ditching your wired buddies for a while.

Yeah, they are not super fashionable and trendy and they might sometimes seem bulky and trip you over, but they work and sound brilliantly even now. Ask Apple!