It brings the Live tile flavor to the application, Whatsapp for Nokia Lumia comes with a list of new inclusions as well.

Whatsapp has launched a new version of its cross platform messenger application for Nokia Lumia smartphones.

The new version of Whatsapp comes with live tile arrangement. Along with that the application brings a host of new features, allowing users to get around with the application and several of its functions easier and faster.

Among the features, include the all new a lock screen notification that would allow Whatsapp users to see who has been trying to contact them even without unlocking their devices. The message backup feature has finally been added to the application as well. 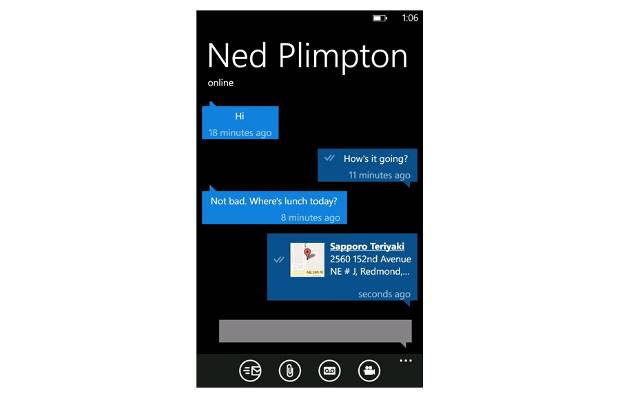 Users can also send mass messages using the application to selected few or almost all the contacts on their list as well. Last but not the least, Whatsapp now brings a newer user interface for the users matching the windows theme perfectly for a seamless look and feel of the application.

Whatsapp is a true cross platform messenger application that is available on Android, BlackBerry, iOS and Windows. The messenger allows users to have text chats and share files amongst friends across different platforms. And alongside instant messaging, Whatsapp also allows sharing of photos, videos, audio and your location with other users.