Upcoming phones, tablets, smartwatches to be launched at IFA

Check out the devices that are going to be showcased at this year's IFA event in Berlin.

Every year in September, one of the largest consumer electronic show is held in Berlin, Germany where electronics and home appliances makers gather to showcase their latest and upcoming products. The event, called as IFA (Internationale Funkausstellung Berlin), thus has become a great platform for smartphone and tablet makers all over the world to reveal their latest products. It is one of the biggest such events after Consumer Electronic Show (CES) and Mobile World Congress. 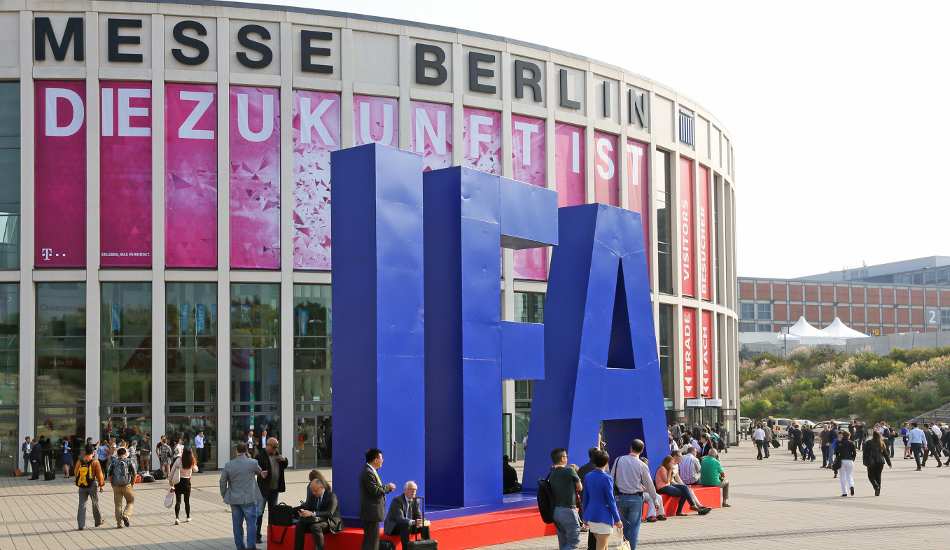 Sony is expected to reveal two flagship smartphones at the event, namely Sony Xperia Z5 and Sony Xperia Z5 Compact. Sony infact tweeted a blurred image of a smartphone, to be revealed on September 2, confirming the imminent launch of its upcoming flagship. Some other reports claimed that there could be a third device called Xperia Z5+.

Ofcourse not much is known at this point of time about the devices apart from some wild guesses.

Asus’s CEO Jerry Shen has already revealed that the company will be launching the ZenFone Zoom and ZenFone Max at the upcoming IFA trade show in Berlin next month. Both the smartphones were revealed sometime back during Asus Zenfestival held in India. The devices were set to be launched in India in October as well.

The Asus Zenfone Max has the 1.2 GHz Snapdragon 410 quad core processor with Adreno 306 graphics processor and 2 GB RAM. The smartphone will be launched in 8 GB and 16 GB internal storage variants, and both the models will have a 128 GB supporting expandable storage slot.

The Zenfone Zoom has a 13 megapixel rear camera with autofocus, optical zoom stabilisation, and 3X optical zoom facility. There are two LED flash lights in its back panel while a 5 megapixel unit is in its front. This dual SIM smartphone offers LTE connectivity, WiFi (a/b/g/n/ac), WiFi Direct, WiFi hotspot, Bluetooth 4.0, GPS with A-GPS and GLONASS, and micro USB port. It has a huge 3000 mAh battery.

Asus ZenWatch 2 will feature a curved 2.5D AMOLED display protected by Gorilla Glass 3 coating. The smartwatch might be powered by a Qualcomm Snapdragon processor. Hopefully it would have better battery life than its predecessor.

Samsung recently launched its flagship smartphones, the Galaxy Note 5 and S6 Edge+. Now Samsung is expected to launch its Gear S2 smartwatch at the IFA event.

Motorola is rumoured to a new version of its Moto 360 watch, which is expected to be called as Moto 360 2.

As per reports, it may come with a 1.56-inch LCD with 360 x 360 pixels resolution. Besides, it may have the 1.2 GHz Snapdragon 400 along with 512 MB RAM and a 400mAh battery. Other than that rumours suggest that the second smartwatch of Motorola to feature WiFi, Bluetooth 4.0, 4GB of storage, an accelerometer, gyroscope, barometer and heart rate sensor.

The tablet will come with a 10.1-inch screen with 1920x1200p resolution and 2.26 GHz quad-core Snapdragon 800 processor. This tablet will have LG’s pre-installed proprietary software like Reader Mode, Dual Window (which allows users to run two apps simultaneously) and QuickMemo+ on G Pad II 10.1. It also comes pre-loaded with Microsoft Office for Android as well as 100GB of free OneDrive storage for two years.

Two flagship devices of HTC are rumoured to be launched at the IFA event. The first device, called HTC O2, is expected to be the next flagship smartphone of the company replacing its current flagship, the HTC One M9. It is rumoured to feature a 6 inch display with Quad HD resolution and the Snapdragon 820 chipset.

The smartphone also rumoured to have 4GB of RAM, 64GB/128GB of built-in storage and a 3,500mAh battery. On top of that it is expected to have water and dust protection.

The other smartphone is called as the HTC A9 (aka Areo) which is said to come with world’s first deca core processor, the MediaTek Helio X20 processor. Besides, it may have a Quad HD (1440 x 2560 pixels) display, 4 GB RAM, and a rear camera with support for RAW photography.

At the IFA 2015 event, this Chinese brand is expected to announced an Android Wear smartwatch and the purported Huawei Mate S smartphone. As per leaked images of the smartphone, the Mate S has a metal body with a large touchscreen. It is said to have a finger-print sensor and is rumoured to pack a 6 inch Quad HD display. Besides, it is said to have a 20.7 megapixel main camera, an 8 megapixel selfie shooter, 3 or 4 GB RAM, LTE Cat.6 connectivity, a 4,500 mAh battery, and a brand new Emotion 4.0 UI on top of Android Lollipop.

Lenovo is expected to unveil a new smartphone at IFA 2015, called Vibe P1. It was recently spotted on a Chinese retailer’s website featuring a massive 5000 mAh battery for $309.99 (approx Rs 20,468). As per the listing, the smartphone has the latest Android 5.1 operating system with Vibe UI. It has 3 GB RAM, 16 GB inbuilt storage, and the Snapdragon 615 octa core processor.

Other than that the Lenovo Vibe P1 has WiFi, GPS, Bluetooth, NFC, and micro USB port with OTG functionality.

Both are rumoured to come with 3GB RAM, 32GB of internal storage which can be expanded via microSD card slot, 20-megapixel PureView rear camera and 5-megapixel front-facing camera, wireless charging support, and USB Type-C connectors.