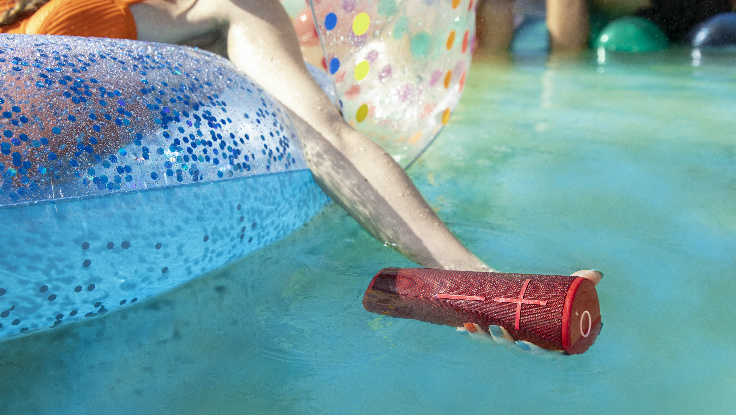 Ultimate Ears has today announced the launch of a new Bluetooth speaker in India. Dubbed as Boom 3, the speaker comes with a price tag of Rs 15,995 and it will be available on Amazon starting from January 17, 2019.

The Bluetooth speaker will be available in three different dual-tone colours including Night Black, Sunset Red and Lagoon Blue. The major highlight of the Bluetooth speaker is the new Magic Button, which allows users to play, pause and skip tracks directly on the speaker. When paired with the redesigned BOOM by Ultimate Ears iOS mobile app, users will also have one-touch access to all of their favourite playlists on Apple Music, which offers an entire catalogue of more than 45 million songs.

The Ultimate Ears Boom 3 is loaded with dual-toned, high-performance fabric that gives a premium look. The device is loaded with IP67 certification making it waterproof and dustproof. The speaker is packed with a 360-degree sound and it has two 38mm full range speaker along with two 40mm x 80mm passive radiators.

The device offers up to 15 hours of battery life on a single charge and it takes almost 2 hours and 75 minutes to be fully charged. The speaker has a range of 150 feet on Bluetooth, which is more as compared to Boom 2 with 100 feet range.

“Packed with powerful unfiltered 360° sound and a stunning two-toned fabric BOOM 3 comes with unmatchable durability from being waterproof to dustproof. The next generation in the Ultimate Ears Bluetooth speaker range- BOOM 3 supports Magic Button on top of the speaker for convenient music control. After receiving an overwhelming response for BOOM line-up from the Indian market we are all geared up to sway the market with BOOM 3,” said Sumanta Datta, Managing Director and Cluster Head, South West Asia and Indonesia, Logitech.