Twitter is working on an ‘Undo Send’ button, the next best thing after an edit button 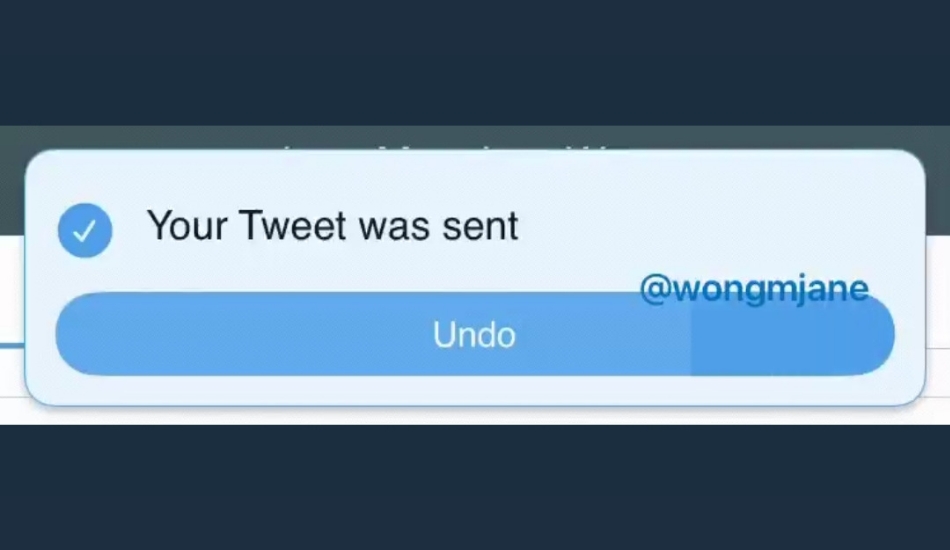 Twitter is working on a new Undo Send button that will allow you to undo the tweet you just posted, but within 5 seconds

Twitter has a long standing complaint against itself from all the users around the world, and that’s an ‘Edit’ button. Once you have posted the tweet, you can’t edit it. The only option you have is to delete the tweet and repost. But it seems like the company is finally willing to give it a thought and solve the problem for us, but it’s not what you think.

While an ‘Edit’ button is nowhere in sight, Twitter is willing to give us an ‘Undo Send’ button that will help you recall the tweet you just posted, but only within 5 seconds of posting. Once you post the tweet, you will have an option to undo the post and Twitter will bring you back to the posting screen.

The report comes from a tipster known as Jane Manchun Wong as she even posted a gif demonstrating the feature. From the GIF she posted, it looks like the timer lasts for about five to six seconds before the tweet is sent. So, if you made a typo, you have just five to six seconds to cancel the tweet, and correct your mistake.

Twitter is working on “Undo Send” timer for tweets pic.twitter.com/nS0kuijPK0

Twitter is ready to give us the next best thing after an ‘Edit’ button that will likely solve the long pending issue for most of the Twitter audience. If you are unaware, the app is also testing Audio Spaces feature that acts as a competitor to the famous Clubhouse app.

Audio Spaces recently expanded its beta to Android as well while being limited to iOS in the initial phase. A small number of users will be getting access to the ‘Audio Spaces’ feature on Android app of Twitter but with limited functionality.

Users as of now, will only be able to join and talk in any Space while the ability to create your own Space is still yet to come on Android.