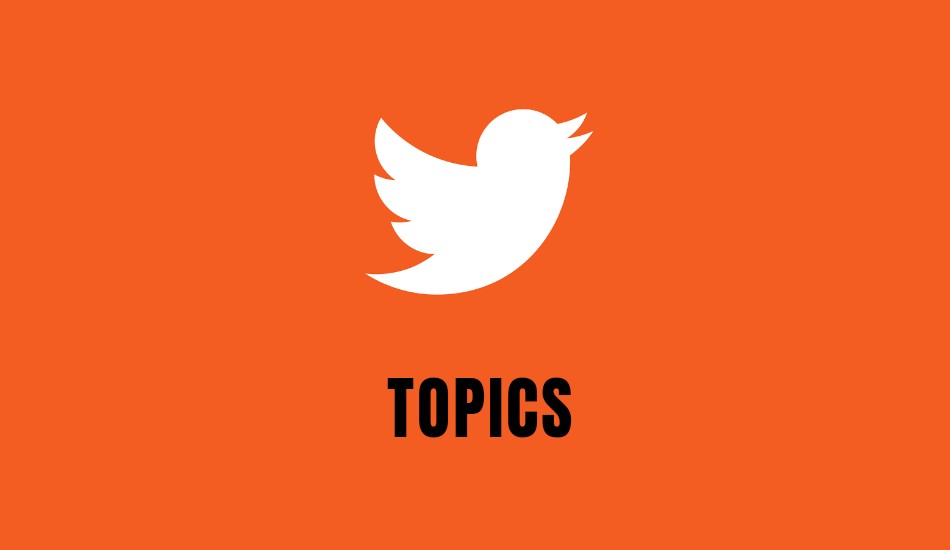 Twitter is now introducing a new feature for the Indian audience called Topics, making it easier for Indians to find, follow and talk about their interests and the things they love.

Topics let people follow specific subjects of their interest, allowing them to see more content on these subjects on their timeline. Topics also give people the opportunity to connect with like-minded individuals who share their interests. 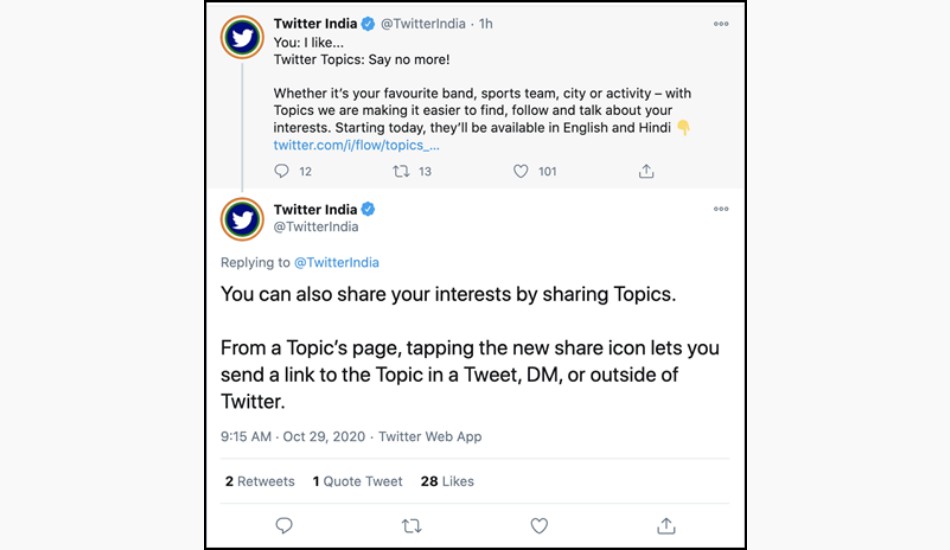 As per Twitter, “When a person chooses to follow a Topic – whether it’s their favourite band, sports team or even a city – they’ll see Tweets from a whole host of accounts that are experts, fans or just tend to talk about that subject a lot on Twitter on their timeline.”

Beyond English, Topics for India are launching in Hindi, the most used Indic language on Twitter in India. Within a Hindi Topic, people will be able to see Tweets in Devanagari script, as well as Hindi speech typed in the Roman alphabet.

The Topics feature in India is tailor-made keeping in mind the interests of Indian users. Twitter notes that only those people who have set their device language to Hindi will be served with Hindi topics.

How to stop following a Topic on Twitter that you no more wish to see on your timeline?