Twitter 4.0 App for BlackBerry smartphones with a new navigation experience and tabs with Connect and Discover capabilities. 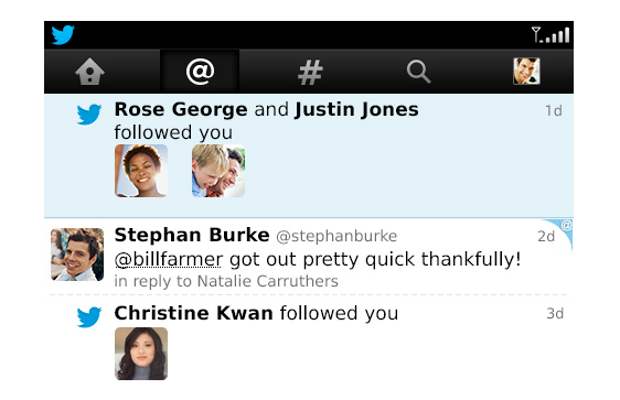 Microblogging social network Twitter is heavily used by BlackBerry smartphone users, but the official app was eons behind in terms of user interface and actual app usability. That’s when Twitter decided to upgrade the overall navigation experience for small screen BlackBerry devices. 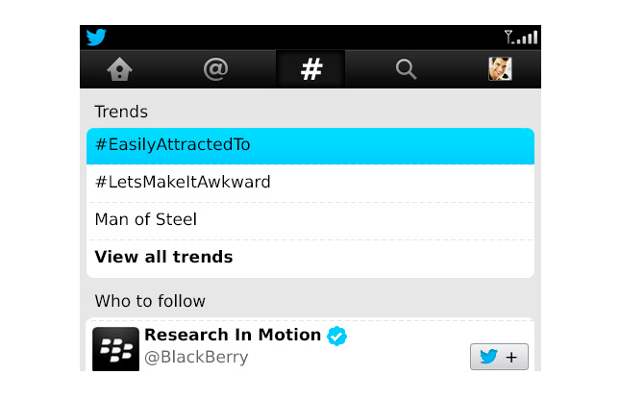 The most important change in the Twitter 4.0 app is the Navigation Bar on top that offers four major tabs – Home, Connect, Discover, Search as well as one for the user’s own tweets and messages. 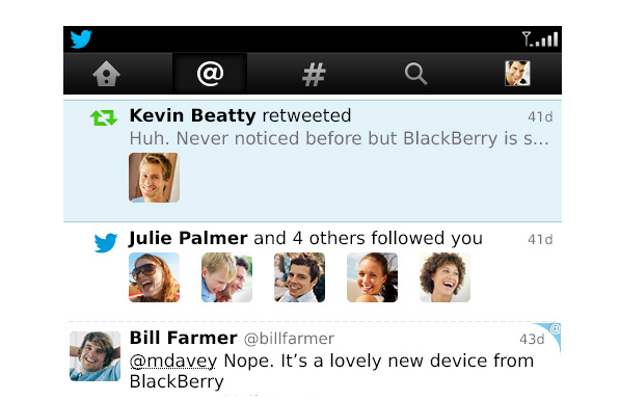 The Connect tab will show all the interactions and mentions from fellow users. The Discover tab shows the trending discussions taking place on Twitter. Finally, the Me tab in the corner shows a list of updates sent by the user and also gives access to sent and received Direct Messages.

Twitter 4.0 for BlackBerry app is now available from the BlackBerry App World.