Toshiba M550 Google TV series comes equipped with a dedicated 20 watts “Powerful Built in Woofer” at the back side. 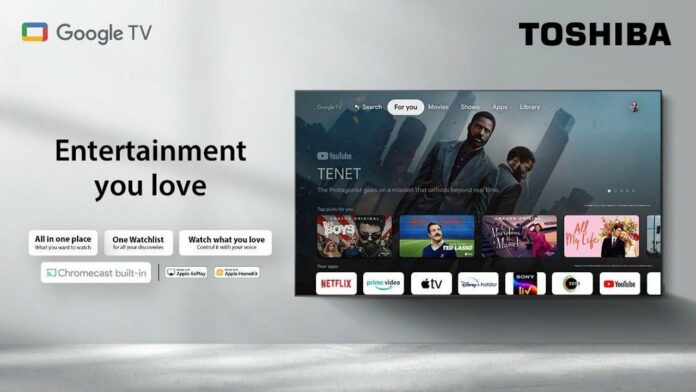 The series comes with built In 2.1 channel with Bazooka Woofer. Further, it comes equipped with a dedicated 20 watts “Powerful Built in Woofer” at the back side and the 10 watts left and right channel speakers generates a 40W powerful sound.

Both the new series come with the latest Google operating system, Google TV OS curates’ contents based upon your viewing habits, one watch list and add content on the watchlist on the fly via mobile, full support for Chrome-cast built-in and support for Apple Home Kit and Apple Air Play. This TV is also equipped with Game mode with Auto Low Latency Mode (ALLM) and Variable Refresh Rate (VRR).

The M550 also comes equipped with Far Field Voice Control that enables users to control the TV just with their voice, change volume and watch their favourite content.